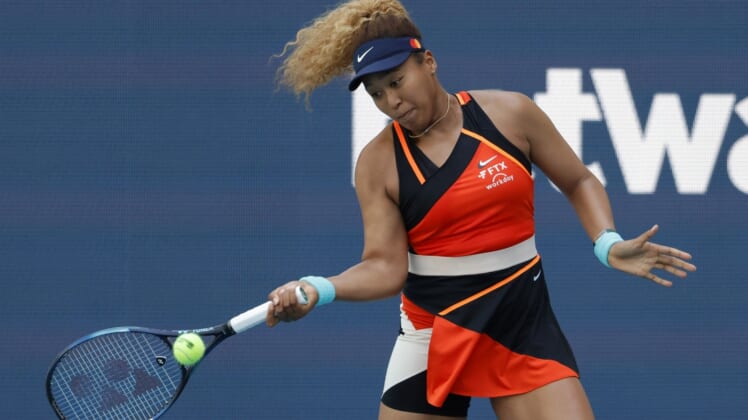 The 24-year-old Japanese star defeated Alison Riske 6-3, 6-4 in 1 hour, 32 minutes during a matchup of unseeded players.

Osaka’s next opponent will be ninth-seeded Danielle Collins, who beat eighth-seeded Ons Jabeur of Tunisia 6-2, 6-4 in 1 hour, 6 minutes.

Osaka, a four-time Grand Slam champion who is currently ranked 77th in the world, has never advanced past the quarterfinals in Miami.

She got off to a strong start Monday, recording the only service break of the first set in the second game. Osaka couldn’t take advantage of five set points on Riske’s serve at 5-3, but she put away the set in the next game.

Osaka saved three of the four break points she faced in the second set to move into her first quarterfinal since a pre-Australian Open event at Melbourne, Australia, in January.

Osaka said, “I felt a bit rusty because I haven’t played in three days, so (I was) just kind of trying to get back confident and into the groove of things. The last time I played her, it’s been a couple of years, and knowing that she’s a really tough opponent and knowing she’s a bit unorthodox, I would say, the trajectory of her balls were quite difficult for me.”

Collins had a 69 percent to 54 percent edge in first-serve rate during her victory over Jabeur, who defeated her last October in Indian Wells, Calif. Collins didn’t play in the recent Indian Wells event due to neck soreness.

“I feel like we come out here and either one of us could win on any given day,” Collins said. “She beat me in practice a few days ago, and beat me in Indian Wells (last year). We’ve had some great times on court, so I was just trying to be competitive against my friend.”

Switzerland’s Belinda Bencic, the 22nd seed, got past Belarus’ Aliaksandra Sasnovich 6-2, 6-3. Australia’s Daria Saville saved a match point at 5-4 in the third set while getting past Italy’s Lucia Bronzetti 5-7, 6-4, 7-5.