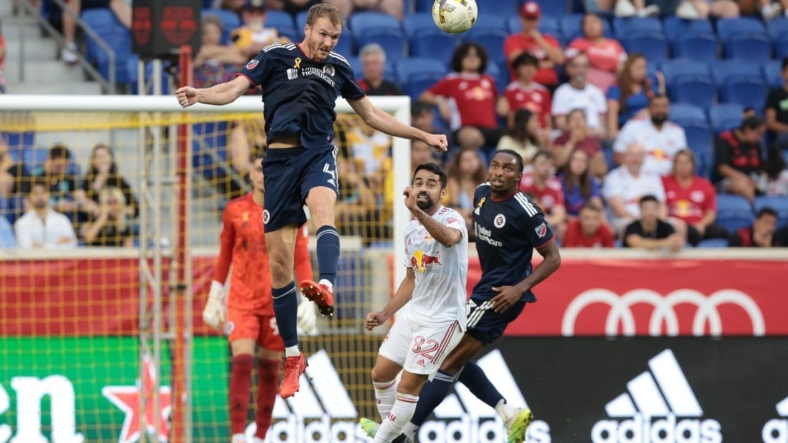 Cristian Casseres Jr. and Lewis Morgan scored in a 20-minute span of the second half as the New York Red Bulls overcame the New England Revolution for a 2-1 victory Saturday night at Harrison, N.J.

Morgan’s winning goal on a penalty kick came in the 78th minute. It also kept alive his streak of consecutive games with a goal or an assist since April. The opportunity was set up after a foul in the penalty area called on New England’s Tommy McNamara.

McNamara scored the lone goal for the Revolution (9-10-11, 38 points), which remain outside of playoff position in the Eastern Conference.

Casseres recorded his second goal of the season in the 58th minute as the Red Bulls had applied pressure after falling behind. Elias Mancel assisted.

Casseres’ second goal of the season came about 4 ½ months since his first goal. He had a total of four assists in the past four games, so he has been active offensively.

Luguinhas could have ended a 12-game stretch without a goal six minutes after Casseres scored. But that was reversed upon review because of a hand ball on Luguinhas.

Morgan later came through with his 14th goal this season.

McNamara scored in the 53rd minute on the second shot on goal for the Revolution. The shot came from near the center of the box, with an assist going to Gustavo Bou.

It was McNamara’s fourth goal of the season and the first time he has tallied in back-to-back games. Three of his goals have come in road matches.

New England had suffered shutouts in four of its previous nine games.

There were six shots on goal in the first half, with the Red Bulls posting five of those.