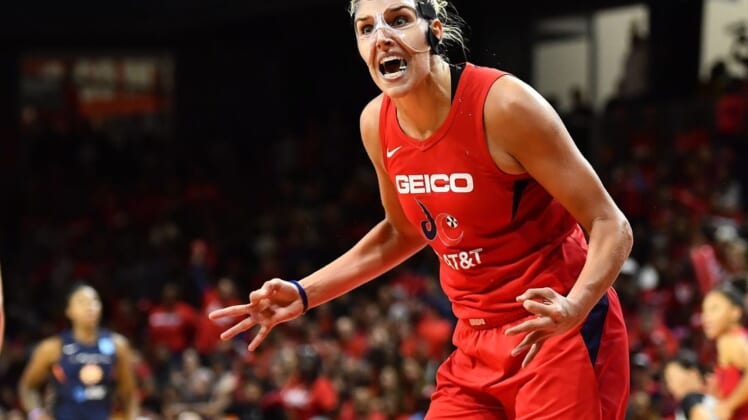 The Washington Mystics are intent on showing a finishing touch.

Coming off a strong closeout against the top team in the league could be important when the Atlanta Dream visit for Tuesday night’s game in Washington.

That was the lone victory on the trip after losses in Los Angeles and Seattle, games in which the Mystics failed to protect double-digit leads.

Washington’s Elena Delle Donne posted 19 points, 10 rebounds and a season-best five blocked shots in Las Vegas. There’s the possibility that she could sit out Tuesday night as a precaution; she played in consecutive road games for the first time this season.

Still, coach Mike Thibault said the plan is to have Delle Donne in action more frequently, so she might be on the court for Washington’s first home game since June 19. This is also the team’s lone game during a seven-day stretch.

“We’d like to see her regularly up through the All-Star break,” Thibault said. “We have a plan.”

Delle Donne has 319 career blocked shots, just a couple away from moving into the WNBA’s top 20 in that category.

The Dream lost to the Connecticut Sun 72-61 on Sunday, marking their second consecutive defeat and sixth over their last seven games.

Atlanta (8-10) received 17 points from guard Aari McDonald, making it the first time she led the team in scoring in the last 11 games. The Dream will also try to shed a five-game road losing streak.

Sunday marked the Dream’s third-lowest point total of the season. The worst came in the previous trip to Washington with a 70-50 loss, pushing the Mystics to a 2-0 series lead this season. That’s the fewest points the Dream have ever scored vs. Washington.

“We know our offense has to be better,” Wright said.

After the release of Kennedy Burke, the Mystics were in position to add a player to an open roster spot. The team announced Monday the signing of guard Evina Westbrook to a seven-day contract.

The Mystics lead the all-time series with Atlanta 28-24, winning the last four matchups. They hold a seven-game home winning streak against the Dream.