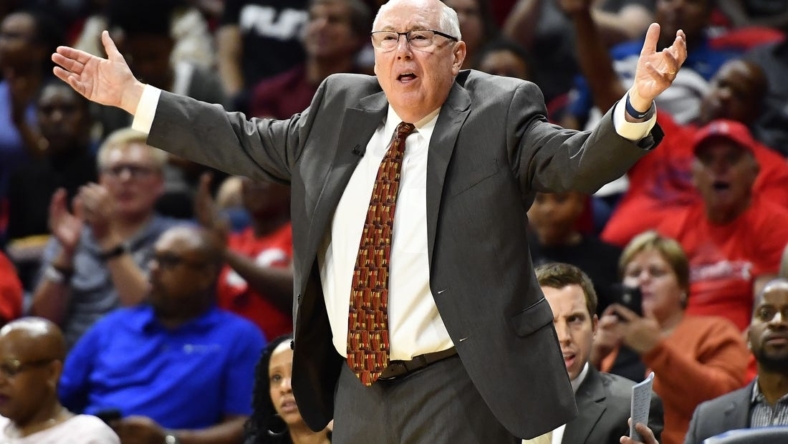 Mike Thibault retired Tuesday as head coach of the Washington Mystics and was replaced by his son, Eric Thibault.

Mike Thibault will remain in his role as the Mystics’ general manager.

He is the winningest coach in WNBA history (379-289 record), having guided the Mystics since 2013 after 10 seasons at the helm of the Connecticut Sun.

“I am proud to have been the Head Coach of the Washington Mystics the past 10 years. After 55 years in coaching (the last 20 in the WNBA), I feel like it is time to turn this team over to Eric and his coaching staff on the court,” Mike Thibault said in a news release.

“… I have been blessed to have worked with so many great players here in D.C. and throughout my career, and I’m excited to still be around the wonderful core group we have returning this coming season.”

Eric Thibault has been an assistant coach for the Mystics for the past 10 seasons, the last four as associate head coach.

“Eric is a young talent that we have seen develop the last 10 years. In the last four years, he has assumed more responsibilities and has been an instrumental voice in the success of our team,” owner Ted Leonsis said. “From winning the championship in 2019 to helping us navigate the last two years of a pandemic, Eric knows our roster and we are looking forward to his success as our next coach.”

Washington finished with a 22-14 record in 2022 and lost to the Seattle Storm in the first round of the playoffs.