Mystics bid to get back on track vs. Sky 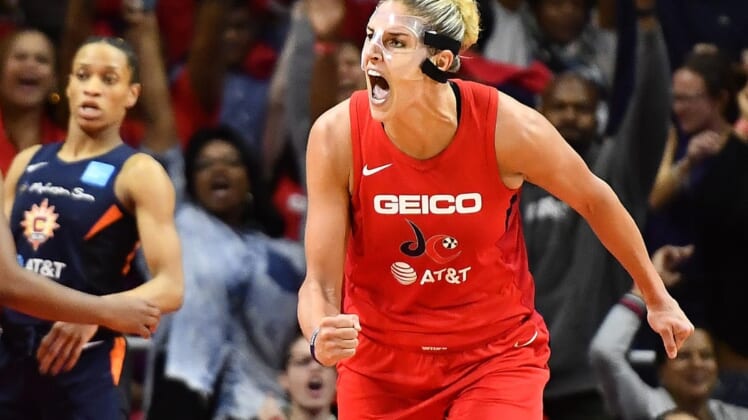 Things were going quite well for the Washington Mystics before facing the Chicago Sky two weeks ago.

Looking to rebound from their latest defeat, the Mystics will try to keep the Sky from a season-high third straight victory on Sunday night in Chicago.

Washington (7-4) won five of its first six games before when Chicago paid a visit on May 22.

In that game, the 36-year-old Candace Parker became the oldest WNBA player to record a triple-double with 16 points, 13 rebounds and 10 assists in the Sky’s 82-73 win over the Mystics.

That loss began a 2-3 stretch for Washington, which fell 74-70 at home to a New York squad that had two wins entering Friday’s contest. Due to injuries and health and safety protocol, the Mystics have started nine different lineups in 11 games.

The team also could again be without coach Mike Thibault, who entered the protocol on Friday. Assistant Shelley Patterson also entered protocol so assistant Eric Thibault, son of Mike, served as coach on Friday.

“It’s been tough for us,” Mystics star Elena Delle Donne told The Washington Post. “It’s been just kind of hard to get a flow. Hard to know what we need to get in tough moments.”

Chicago (6-3), meanwhile, held Phoenix and Atlanta to a combined 135 points while winning its last two games. Although the Sky trailed in the fourth, they ultimately outscored the Dream 15-9 in the final quarter during a 73-65 victory on Friday.

“We came together,” Sky coach James Wade said. “When we were down, everybody was so sure … OK, we bounce back from whatever it is we did wrong.

“This is a good win for us, and we’ve got to take something from it.”

Chicago’s Kahleah Copper, who had 21 points on Friday, has averaged 13.6 points in her five games this season.