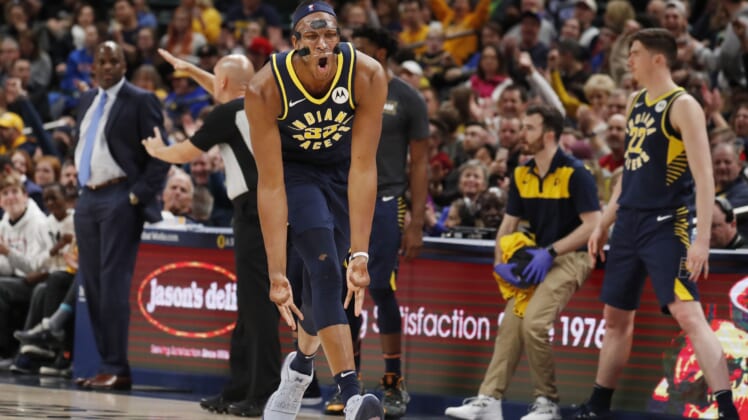 The Indiana Pacers are doing everything in their power to get their first-round series against the Boston Celtics to five games, and Myles Turner epitomized that with an incredible dunk in the second quarter.

Turner caught a pass out behind the three-point line, pump-faked his defender and drove strong to the rack. Then he rose up and posterized Gordon Hayward with a thunderous one-handed jam.

Hayward never had a chance.

This wasn’t the first time Turner made an impact on this game, either, as he was involved in a play that left Kyrie Irving on the court in a heap of pain.