Myles Garrett practicing with the Browns 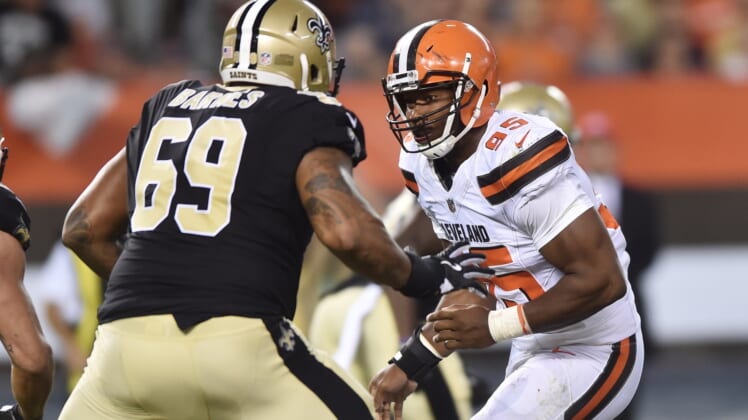 It might not seem like a huge deal, but this is the first step towards rookie No. 1 overall pick Myles Garrett actually playing in an NFL game.

The defensive end was practicing with his team on Thursday, a clear indication that he might be able to play Sunday against the Cincinnati Bengals.

This comes a day after head coach Hue Jackson indicated that Garrett could be available after missing the first three games of the season with a high-ankle sprain. It’s the first time he’s practiced since suffering said injury.

Thus far this season, Cleveland is yielding an average of 25.3 points per game. It has racked up a grand total of six sacks during that span. Getting Garrett back into the mix will definitely help a team that’s won one game since December of 2015.