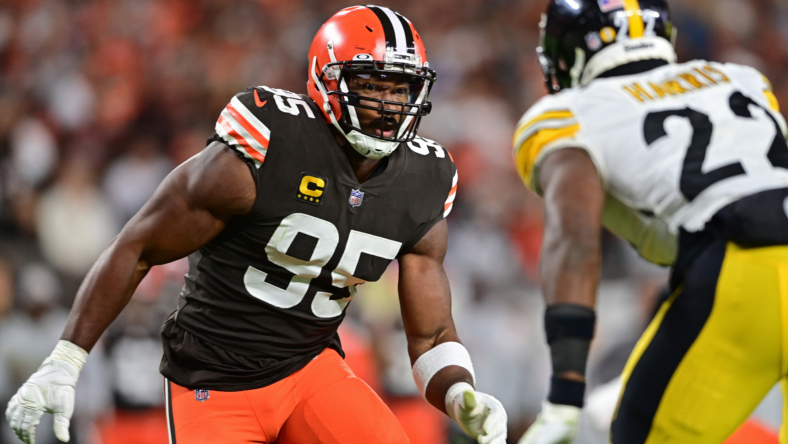 The 28-year-old was driving shortly after practice on Monday afternoon when he lost control of his vehicle, swerving to avoid an animal on the wet road. With Garrett and another occupant inside the vehicle, the car rolled over multiple times into a ditch and left both people with injuries that required examinations at the hospital.

Garrett was released later that day, returning home with further tests ahead of him. Doctors diagnosed Garrett with a sprained AC joint in his left shoulder and a right biceps strain, minor injuries considering what could have happened based on the conditions of the vehicle after multiple rollovers.

While Cleveland didn’t rule out its star edge rusher for Week 4 until days later, the injuries sustained in the crash will be a problem for some time. While there is a possibility that Garrett plays in Week 5 against the Los Angeles Chargers, the effects of the damage his upper body sustained will last for a lot longer.

According to Adam Schefter of ESPN, Garrett’s shoulder sprain is the most significant of the two injuries and it will impact him for at least a month. While the biceps strain is less severe, the Browns’ medical staff estimates it will still bother Garrett for several weeks and could impact his play.

Cleveland could give Garrett two full weeks to recover, leaving open the possibility of sitting him next Sunday against Los Angeles. However, the defense is already dealing with a variety of injuries to multiple starters and it is more reliant on its defense with Deshaun Watson suspended through Week 12.

Related: Myles Garrett had a long history of reckless driving

When Garrett is cleared to return, it’s reasonable to expect the upper-body injuries will impact how he engages with blockers and might diminish the effectiveness of his pass-rush moves. However, the All-Pro’s explosiveness, length and power coming off the edge should still make him a difference-maker for Cleveland.