Mychal Kendricks pleads guilty to insider trading, facing up to 25 years in prison 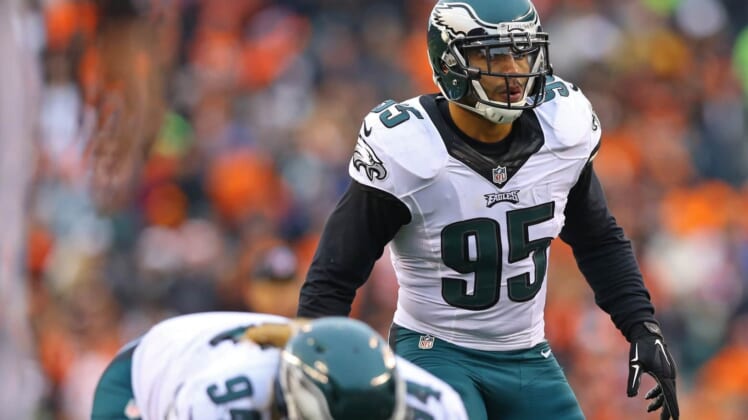 Former Philadelphia Eagles starting linebacker Mychal Kendricks is spending opening day of the NFL season thinking about how his legal issues have not only derailed his career but could force the 27-year-old to spend the next quarter century in prison.

By now it’s already known that Kendricks was indicted last month on insider trading charges. Immediately after the indictment was handed down, the Cleveland Browns released the University of California grad.

Appearing in a Philadelphia courtroom on Thursday, Kendricks pleaded guilty to leveraging insider stock tips as a way to fatten his pocketbook.

Prosecutors claim that Kendricks’ illegal activity resulted in him profiting to the tune of $1.2 million over the past two years.

According to the Philly.com report, Kendricks now faces up to 25 years in prison when sentenced in December.

A second-round pick of the Eagles back in 2012, Kendricks started 74 games in five seasons with the team. That included 13 starts last season.