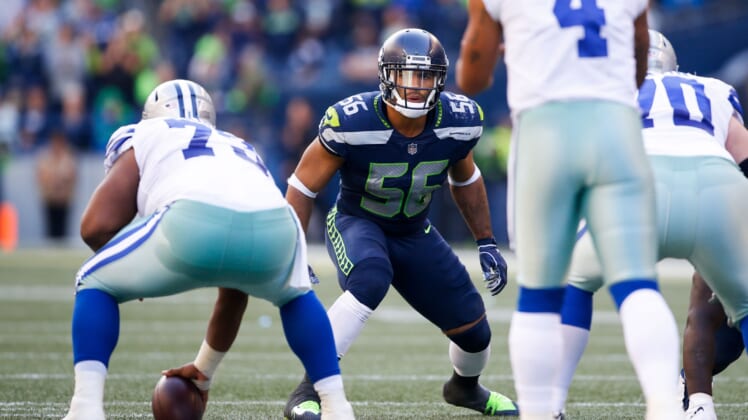 It’s possible that the Seattle Seahawks will have to find a new starting linebacker earlier in the 2019 season.

According to TMZ Sports, veteran inside linebacker Mychal Kendricks is scheduled to be sentenced during Week 4 of the season after previously pleading guilty to felony insider trading charges.

A former second-round pick of the Philadelphia Eagles, Kendricks spent his fist six NFL seasons in Philly and helped them to a Super Bowl title.

He initially signed a free-agent contract with the Cleveland Browns following the 2017 season but was released by them after an indictment on felony insider trading charges came down.

Despite this, Seattle thought it was worth the team’s while to sign Kendricks. He appeared in four games with the team last season.

Kendricks faces up to 25 years in prison. Though, his ultimate sentence is likely to be much lighter than that.