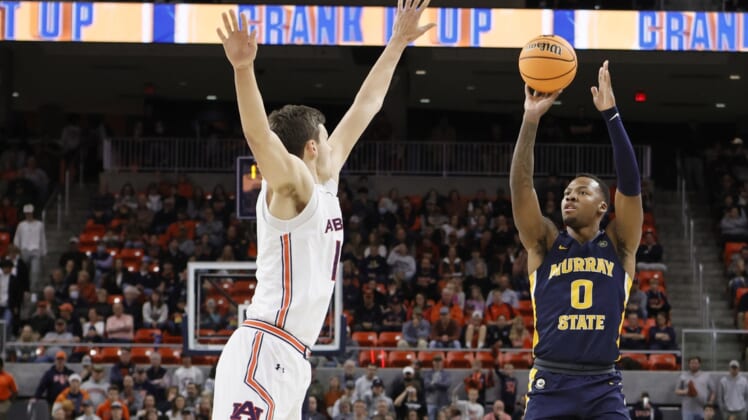 Murray State has accepted an invitation to become the 11th member of the Missouri Valley Conference, the school and league announced Friday.

The Racers will officially become members in 13 sports on July 1. The school’s rifle program will remain in the Ohio Valley Conference, while Murray State is still looking for a league for its FCS-level football program.

“We are very excited as we advance Murray State University and Racer Athletics into our second century,” Murray State president Bob Jackson said in a news release. “The Missouri Valley Conference is one of the premier conferences in Division-I athletics and we look forward to continuing our long record of success in this conference.”

Murray State’s basketball program was nationally acclaimed a few seasons ago when star point guard Ja Morant guided the program to a 54-11 record and two NCAA Tournament appearances during his time on campus. The Racers beat Marquette in the first round of the 2019 tourney before losing to Florida State in the second.

“Excited for Murray State, and excited for the Missouri Valley Conference,” Missouri Valley commissioner Jeff Jackson said in the news release. “Everyone is aware of the tremendous success Murray has had, especially in the sport of basketball. The Racers will be a fantastic addition to our conference.”

Murray State’s basketball program first began competing in the Ohio Valley for the 1948-49 season as one of the league’s original six members.

“The OVC has a rich history, and memories and friendships developed over the years are not forgotten, yet the focus of our unified membership is on the OVC’s future,” DeBauche said. “As all of us have seen this past year, the landscape of intercollegiate athletics continues to change.”

Belmont is also joining the Missouri Valley for the 2022-23 season.

Current member Loyola of Chicago is departing after this school year for the Atlantic 10.

In addition to Belmont and Murray State, the Ohio Valley also has lost Austin Peay, Eastern Kentucky and Jacksonville State over the past two years. Little Rock will join the OVC for next season.