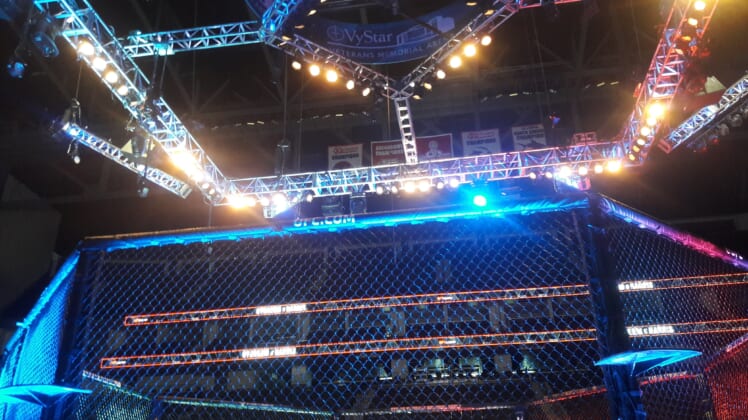 Second-generation professional athletes following in the footsteps of their parents is one of the honored past times of sports. Ken Griffey, Jr., Floyd Mayweather, Jr., Marvis Frazier, Stephen Curry, Prince Fielder, and Laila Ali were all the offspring of sports stars who went on to become greats of their own era.

However, that line of elite athleticism doesn’t always continue in the professional level with a member from the third generation of a sports family. However, on Friday night in Billings, Montana, such an event will occur when Biaggio Ali Walsh, the grandson of Muhammad Ali, makes his MMA debut on the undercard of Fusion Fight League’s June 3 event on FITE.

Unlike his aunt, multi-time boxing champion Laila, fight sports were not always the plan for Ali-Walsh. The son of Rasheeda Ali originally pursued a sports journey as a football player. Starring for his high school team in Las Vegas, and then he moved on to play at UC-Berkley. However, when that path did not lead to a future in the NFL, the 23-year-old made the switch to combat sports. Yet he did not follow his grandfather and aunt into boxing, instead, he chose the path of a cage fighter.

In a conversation with FITE, he revealed he has been training for over two and half years in anticipation of his amateur MMA debut, and that he is working out of one of the best fight gyms in the sport, Xtreme Couture.

Eric Nicksick, the head coach of Xtreme Couture and the man that guided Francis Ngannou to the UFC heavyweight title, told Sportnaut that Ali-Walsh entered the gym with a strong athletic base after being “a really good running back in high school at Gorman — a super good athlete.” And that the MMA neophyte has been a welcomed addition to the gym. “Great kid. Listens well, and is a good teammate.”

In Ali-Walsh’s conversation with the streaming service, he explained his decision to compete in MMA was actually a move to right the ship of a life heading in the wrong direction. 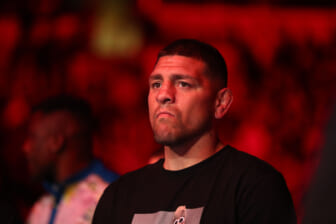 “After college football, I felt very lost and didn’t like where my life was heading,” he said. “Pursuing MMA makes me feel more emotionally, spiritually, physically, and mentally positive.

The longtime fight sports fan admits his lineage would make one assume that striking is his strength, but he instead considers himself a well-rounded cage fighter. His welterweight debut against Devin Rothwell on Friday is an opportunity to prove that and as he continues to develop his skills with his end goal of continuing the winning tradition his grandfather and aunt already built before him.