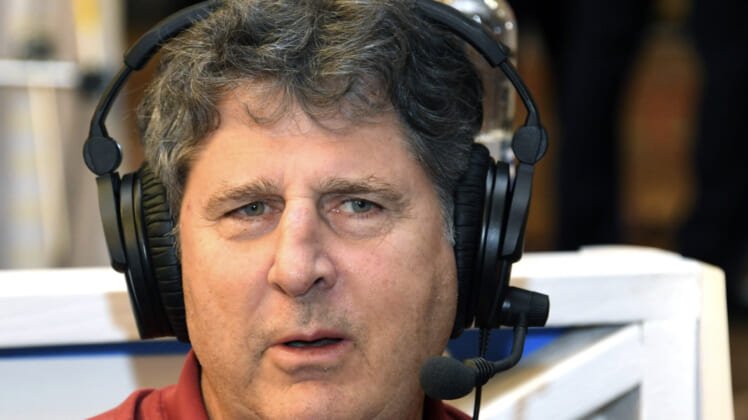 The coach joined a Zoom call with Henderson Ward Stewart Elementary School teachers, who were taking part in a faculty meeting. Principal Julie Fancher provided a screenshot of the event afterward and wrote that she was “Super excited to have Coach Mike Leach, MSU’s head football coach join our HWS Zoom meeting this morning.”

The surprise appearance had its intended effect.

“I seriously think my jaw just dropped,” music teacher Amber Sims said, per Tyler Horka of the Mississippi Clarion Ledger. “I was like, ‘What? Oh my goodness. Mike Leach is on our Zoom call.'”

Per Horka, one of the teachers’ husbands, who works in the student athlete development department at MSN, set up the call with Leach. While he was on the call, he related how it was teachers who helped him have confidence early in his life.

“I have a number of teachers that I remember,” Leach said during the call. “I have one or two that I’d like to forget, but for the most part I had fantastic teachers, I had great teachers. Teachers were those that first gave me the confidence to do things when I wasn’t sure I could do them.”

The new head coach at Mississippi State signed with the program in January. Previously, he was a substitute teacher in Los Angeles. Then he went on to teach at the junior college level before becoming one of the most prominent coaches in college football.