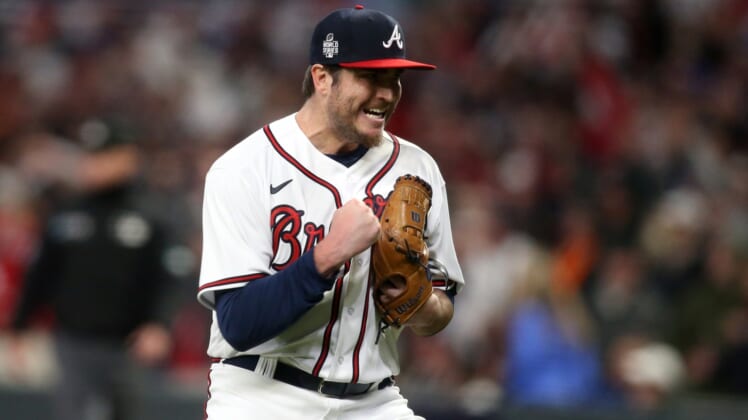 Atlanta Braves reliever Luke Jackson will have further evaluation after the team said Saturday that an MRI revealed damage to the ulnar collateral ligament in his right elbow.

If the UCL is torn, Jackson likely would require Tommy John surgery and would miss the entire 2022 season.

Jackson, 30, had been shut down for a week after experiencing some discomfort. When he resumed his throwing program, the issue returned and prompted the MRI.

Jackson pitched in 71 games out of the bullpen for the 2021 World Series champion Braves, posting a 1.98 ERA and 70 strikeouts in 63 2/3 innings. He allowed no runs on one hit in 3 2/3 innings against the Houston Astros in the World Series.