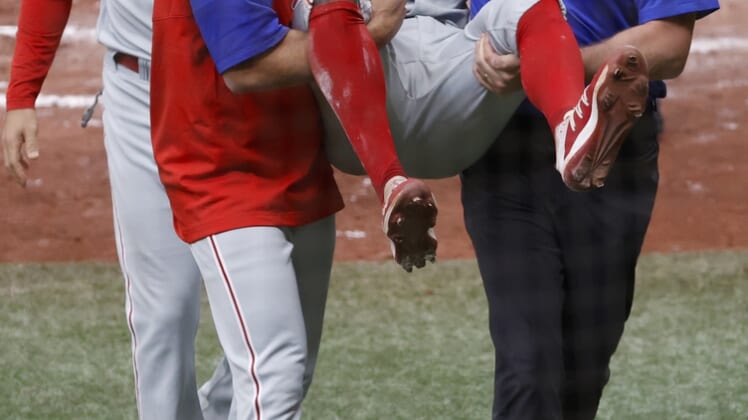 The Phillies announced Monday that Quinn, 28, will have surgery later this week. He was placed on the 60-day injured list Sunday.

Quinn had to be carried off the field Saturday after sustaining the injury while running the bases in the fifth inning of a 5-3 loss to the Tampa Bay Rays in St. Petersburg, Fla.

Quinn was on first base when Ronald Torreyes rifled a double to right. Odubel Herrera easily scored from second and Quinn was racing around the bases before suddenly collapsing between third and home.

Quinn got up and took another step with both feet before he hopped on his right foot three times to reach home plate and score the run. He fell to the ground and was in apparent pain while being attended to by a team trainer before being carried off.

We can’t wait to see that smile again! pic.twitter.com/qGUTXtrIG2

This is the second major Achilles injury Quinn has suffered in his career. He ruptured his right Achilles in workouts following the 2013 season.