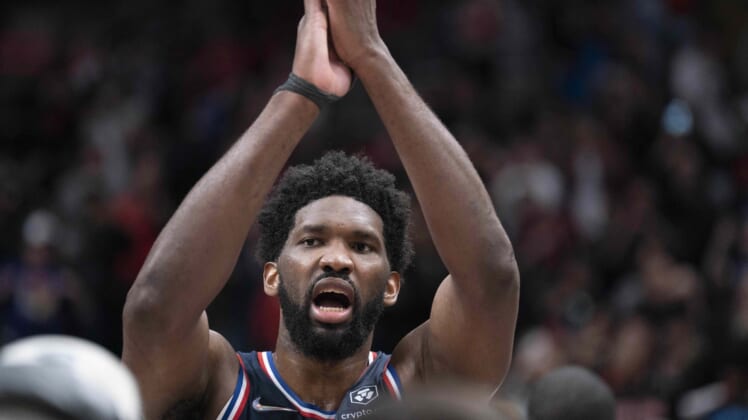 Sixers coach Doc Rivers wasn’t surprised by the findings, however.

“It just confirmed what we thought,” Rivers said. “Nothing changes, treatment’s the same. There literally will be no change. It’s just, we thought it was and it was, so you just keep moving on.”

The fourth-seeded 76ers, however, will look to eliminate the fifth-seeded Toronto Raptors on Monday when the teams play Game 5 of their Eastern Conference first-round series in Philadelphia.

Embiid was injured during Wednesday’s 104-101 overtime win in Game 3 over the Raptors. The five-time All-Star was wearing a brace on his right hand during Saturday’s 110-102 loss to Toronto.

Over the first four games of the series, Embiid is averaging 26.0 points and 11.8 rebounds.