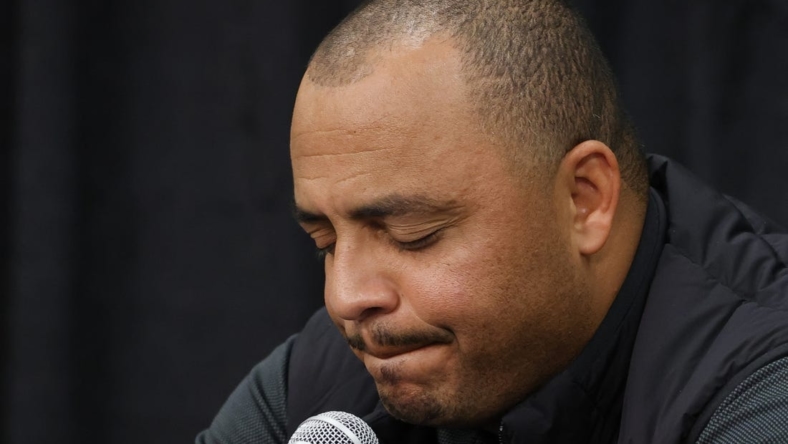 Mourning Virginia canceled its final home game of the season as the university attempts to recover from a campus shooting that claimed the lives of three members of the football team on Sunday night.

Virginia was scheduled to host Coastal Carolina but school officials and the football coaching staff involved players and support staff in the decision whether to play Saturday or call off the game.

“The decision was made following the shooting of five students on Grounds Sunday night,” Virginia announced Wednesday. “The incident resulted in the deaths of three members of the UVA team — Devin Chandler, Lavel Davis Jr. and D’Sean Perry. The game would have been Virginia’s final home game of the 2022 season.”

No decision has been made about the Nov. 26 game against Virginia Tech in Blacksburg, Va., the school added.

Perry, a defensive end, and wide receivers Davis Jr. and Chandler were killed on a bus as students returned from a field trip to Washington, D.C. to see a play for a class. The suspected gunman, Christopher Darnell Jones Jr., is in police custody and charged with three counts of second-degree murder and three counts of using a handgun in the alleged commission of a felony.

Two other people, including one football player, were injured.

“It feels like it’s a nightmare to be honest with you,” head coach Tony Elliott said Tuesday.

“For me the best coping mechanism for me is the young men. Having a chance to be around them and to see them, and to see their pain, to see their hurt just inspires me to keep pushing forward each and every day. There’s no — you prepare for this job. There’s no chapter on a situation like this. So I’m trying to figure out step-by-step how to be strong for these young men.”

Coastal Carolina expressed support for the decision against playing the game on Saturday.

“As much as we love gameday and the spirit it brings, there is a time when the sanctity of life and sustaining of a community take precedence. This is one of those times,” Coastal Carolina’s vice president for intercollegiate athletics Matt Hogue said in a statement. “We fully support the decision and will continue offering our assistance and contribute however we can toward the healing of our friends and colleagues at UVA.”