Thoughts on the drama-filled Coca-Cola 600, Formula 1 mayhem in Monaco, the unlikely Indianapolis 500, Denny Hamlin's legacy, and the NextGen car's success. 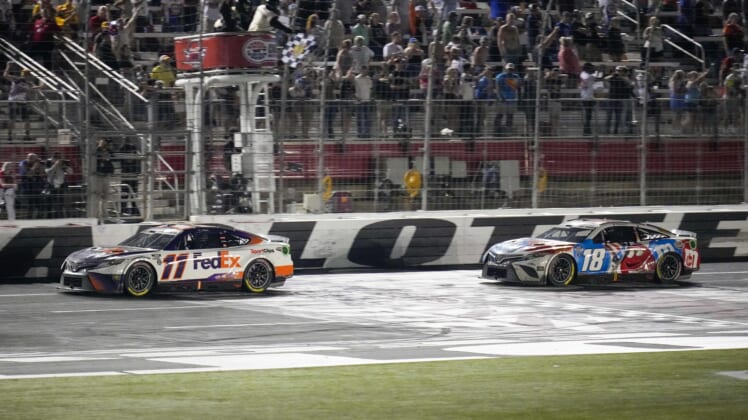 The Greatest Day in Motorsports did not disappoint with the Coca-Cola 600, Indianapolis 500, and Monaco Grand Prix all taking place on the same day. It was full of drama and chaos like never seen before.

Let’s dive into the five most significant thoughts from the weekend.

1. Coca-Cola 600 sees an increase in drama and racing

The longest race in NASCAR history is 619.5 miles. That also happens to be Sunday night’s Coca-Cola 600 with the race lasting five hours and 29 minutes.

It was a drastically different event from the 2021 season when Kyle Larson put a whooping on the field by leading 327 laps of the 400-lap race and sweeping every stage for eight playoff points.

There were only four cautions in 2021. Fast forward to Sunday night and NASCAR saw one of the most caution-filled races in its history with a total of 18 yellow flags. 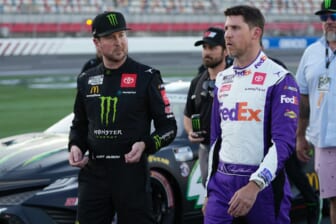 Not only were the caution flags increased, but the parity was evident. Ross Chastain led a race-high 153 laps, but no one was dominant and there were four different winners from each stage.

Drivers on the grid warned that a race like Sunday night should be expected and it did not disappoint. While the equipment was torn up, it might have been one of the most exciting Coca-Cola 600 races ever.

That’s a good thing to say. NASCAR used to struggle to put together 400-mile events with a 550 horsepower package and now a 600-mile race left race fans wanting even more.

It was crazy and had everything. Cautions, drama, a late-race battle, overtime, and parity all contributed. The event was a massive success and put on a show in front of a sold-out Charlotte crowd.

Four years ago in August 2018, Marcus Ericsson found himself flipping multiple times in Monza driving for Alfa Romeo. It was a scary accident on what would be his final trip to Monza.

Ericsson was in his fourth full-time season with Alfa Romeo and it was looking as if his time in Formula 1 was coming to an end. Charles Leclerc, Ericsson’s teammate, came in as a rookie and clearly outdrove him.

The now Indianapolis 500 champion was replaced and that was the end. Ericsson had many options but decided on making the move to the United States to drive for Schmidt Peterson Motorsports, before moving to Chip Ganassi Racing in 2020. 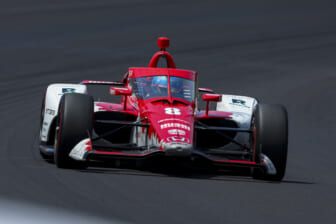 It might have been the best decision of Ericsson’s career and it made him a living Indianapolis 500 champion on Sunday afternoon. Was this an expected outcome for the Swedish driver?

The story itself is certainly unexpected. Ericsson himself said he expected to race IndyCar for at least two years, maybe forever. Well, this is Ericsson’s fourth season and now he’s on top of the Motorsports world.

Legacies are born in the Indianapolis 500. Ericsson’s legacy goes further than an IndyCar driver. It’s a story of perseverance and making a name for yourself, even when others give up on you.

Charles Leclerc had the pace and track position at the Formula 1 Monaco Grand Prix. It looked very likely Leclerc would transition to slick tires and run away for his first victory at his home track.

The 24-year-old driver was absolutely livid over the radio and rightfully so. Leclerc found himself in fourth place behind all of the other Ferrari and Red Bull drivers when he was well on his way to winning at home.

Terrible, terrible decision-making by Ferrari cost Leclerc and huge mistakes like on Sunday morning are what make or break a championship run. Ferrari is currently folding under pressure.

Perez was the beneficiary of Ferrari’s mistake and it’s a worthy victory. The 32-year-old driver has been on the bad end of decisions from Red Bull and he reaffirmed to the team that he’s still in the fight.

Max Verstappen still leads the championship over Leclerc and Perez. However, only 15 points cover the top-3 drivers. Leclerc’s loss is Perez’s gain and the so-called “second” Red Bull driver is going nowhere.

Denny Hamlin is a three-time Daytona 500 and three-time Southern 500 winner. Two of NASCAR’s biggest Crown Jewel events, but the driver of the No. 11 car still missed the illustrious Coca-Cola 600.

Enter Sunday night. Hamlin took four tires on the final pit stop in overtime and suddenly found himself on the front row with a fairly damaged Ross Chastain to his outside.

The 41-year-old driver had his best opportunity to this date. A battle with Kyle Busch commenced and clean racing turned Hamlin into the winner of the 2022 Coca-Cola 600.

It’s another Crown Jewel event that almost completes the resume of one of the most successful drivers in the 21st century. Personally, I consider the Bristol Night Race a Crown Jewel event and Hamlin has two of those too.

Hamlin still doesn’t have a NASCAR Cup Series championship; however, does he necessarily need one? While it would add to his already stacked resume, Hamlin should be a first-ballot Hall-of-Famer.

It is still a long way away, but it is something to think about as Hamlin knocked off the final of four Crown Jewel events in NASCAR. Hamlin can also say he’s the most successful driver to never win a championship.

While he would like to change that this season, Sunday night was a massive moment in Hamlin’s career. The NextGen car has been unlucky toward him, but maybe this will jolt his efforts for a championship run.

When NASCAR put together the idea of the NextGen car, improved parity and racing were at the forefront. It is certainly not disappointing.

Outside of Texas Motor Speedway, the racing on 1.5-mile tracks has been exciting and watchable. That is something that could not be said with the 550 horsepower and Gen 6 car.

As stated above, it was 619.5 miles but race fans would have been happy if it was another 100 miles. It was a long event, but when the racing is enjoyable, it will keep fans hooked.

It’s not even the wrecks that occurred last night that fans find exciting. The racing itself was spectacular. The battle between Kyle Larson and Chase Briscoe was amazing. Overtime was even better between Joe Gibbs Racing teammates.

NASCAR found itself disappointed and confused after earlier NextGen tests at Charlotte. They came back and tested some packages, which turned into 670 horsepower and a four-inch spoiler.

It might be one of NASCAR’s best decisions and they deserve their flowers. While the short-track racing needs drastic improvement, I see no reason why NASCAR can’t fix it.

The NextGen car has changed NASCAR in so many ways. It has created racing that has not been seen in years and it will only continue moving forward.