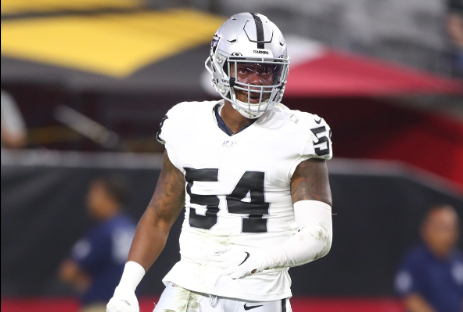 The NFL cuts are coming fast and furious ahead of the deadline for teams to trim their roster to 53 players is 4 p.m. ET on Saturday.

Of course, along with these cuts were some big surprises. That’s what we’re focused on here. Many of these players won’t last long on the waiver wire or open market.

Once considered to be a top-flight talent out of UCLA, Datone Jones has fallen on hard times in recent years. Green Bay selected him 26th overall in 2013, but after bouncing around between four teams in 2017 he didn’t register a single tackle last year. However, Jones has been working hard this summer and even blocked a field goal during the team’s final preseason game. He had been fighting for a final roster spot, but it appears Dawuane Smoot got the nod as Jacksonville looks to get younger up front.

Just five months ago, the Oakland Raiders signed linebacker Brandon Marshall to a one-year deal that included $350,000 guaranteed. At the time, head coach Jon Gruden was ecstatic to sign the veteran, who had started 63 games the past five seasons for the AFC West rival Denver Broncos. Interestingly, if he had remained on the roster, Marshall’s first game back would have been against Denver in Week 1. He has completely recovered from the knee injury that cost him half of last season, so it was very much a surprise that Oakland cut him.

Ahead of the 2017 NFL Draft, Florida cornerback Teez Tabor was receiving some solid praise for his unique combination of size and quickness. Unfortunately, he didn’t run fast and saw his stock tumble a bit, ultimately being selected in the second round by Detroit. A combination of injuries and poor production plagued his first two seasons with the club, when he started a total of five games. Still, this summer head coach Matt Patricia had expressed hope that Tabor would become an integral player in the team’s secondary. So it was very surprising that he was released after just two years in Detroit.

Once considered to be one of the league’s most promising young pass rushers, it’s unclear if Shane Ray is ever going to live up to the expectations the Denver Broncos had when they selected him No. 23 overall in 2015. He was on the rise in 2016, when he tallied eight sacks for Denver. Then, injuries to his wrist derailed his career. This past spring, he was signed by Baltimore, which needed help on the edge in a big way after losing Za’Darius Smith and Terrell Suggs in free agency. After a lackluster summer and scant production in the preseason, he’s now looking for work.

The Atlanta Falcons had veteran tight end Logan Paulsen in the lineup for 15 games last year, 10 of which he started. Though not a prolific receiver (just nine catches for 91 yards and a touchdown in 2018), Paulsen does a lot of the dirty stuff in the run game that every team needs. Needless to say, it was a bit surprising when the team let Paulsen hit the waiver wire on Friday.

Though not as potent a playmaker as he once was during his heyday with Dallas, veteran cornerback Orlando Scandrick can still play well in a pinch. He started seven games and appeared in 15 last season for Kansas City before signing a deal with Philadelphia this past spring. At the time, Scandrick was seen as a solid veteran insurance policy. But apparently the Eagles like what they’ve seen from Ronald Darby, who has struggled to stay healthy the past couple of years, this summer and are prepared to let the young corner fly.

Just two years ago, Willie Henry, a former fourth-round pick out of Michigan, had worked himself into a key role on Baltimore’s defensive line. In his second year (2017), he appeared in 14 games, starting three while tallying 33 tackles, 3.5 sacks and five passes defensed. Unfortunately, injuries derailed his 2018 campaign, during which he played in just three games. But even after last year’s struggles, he opened camp working with the starters before struggling a bit in the preseason. Needless to say, it was surprising to see the Ravens cut this 25-year-old defensive tackle.