Every week we see some shocking moments throughout the national landscape, which was certainly true in college football Week 6.

Already this year we’ve had an underrated Louisville team absolutely demolish the vaunted Florida State defense, the Houston Cougars take down Oklahoma and Alabama break records in a historic 50-3 win over a storied USC trojans program.

College football is never lacking for amazing moments, and this week was no different.

Here are the top six most shocking events of Week 6.

Now, no one in their right mind expected Rutgers to beat Michigan. Despite this, many expected Rutgers, led by first-year head coach Chris Ash, to put up some sort of fight.

The Scarlet Knights notched their first first down with 9:06 left … IN THE FOURTH QUARTER.

Michigan was unstoppable on the ground, racking up 481 yards rushing on 56 carries en route to a 78-0 shellacking of Rutgers on a night when the Scarlet Knights had 200 high school recruits in attendance.

The Big Ten definitely looks to be an Ohio State-Michigan battle every year until either Urban Meyer or Jim Harbaugh move on, with everyone else fighting for scraps. You can be sure to expect an all-time great showdown on November 26 when Michigan travels to Columbus for a showdown with the Buckeyes.

Washington is for real 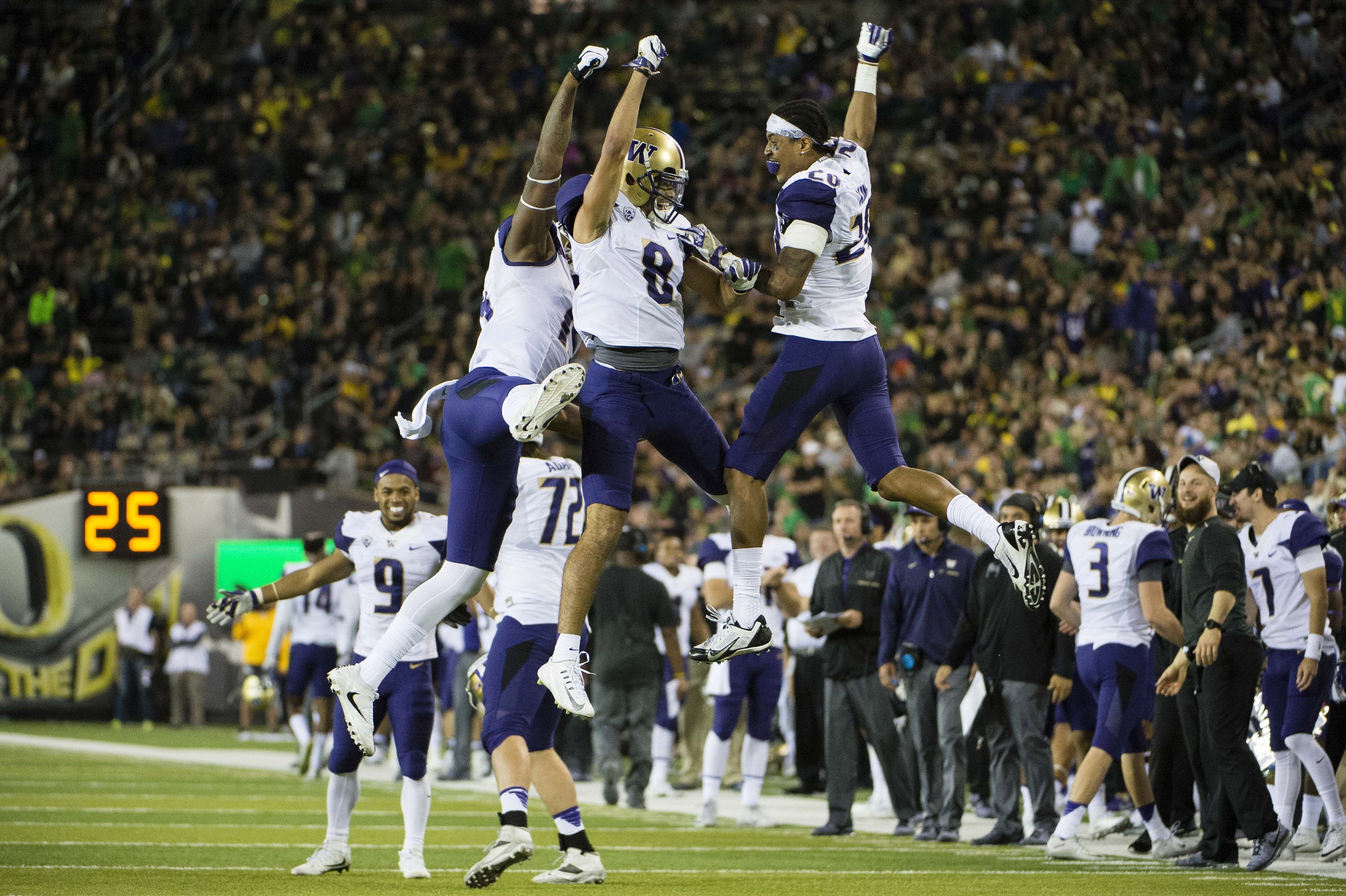 After putting up 70 points on a beleaguered Oregon Ducks defense while snapping a 12-year losing streak to the Ducks, Washington confirmed to the nation that they are a force to be reckoned with in college football.

Led by star sophomore quarterback Jake Browning, who threw for six touchdowns and added two more rushing, the Huskies are in firm control of the PAC-12 North. They are alao definitely a force to be reckoned with in regards to the College Football Playoff.

While many point to the upset over the Stanford Cardinal last week as the Huskies’ coming out party, the stigma surrounding the Washington-Oregon rivalry was one that the Huskies had to work past to be taken seriously. In doing so, Washington passed their last true test and look to be the PAC-12’s best chance at a national champion this season.

Chris Petersen has the Huskies humming and is quietly building a monster in Seattle.

One week after a massive upset of Florida State, No. 17 North Carolina went into their game against No. 25 Virginia Tech and completely fell flat, getting shellacked by a score of 35-3.

The Hokies managed to hold a normally explosive Tar Heel offense to 131 total yards, albeit in the middle of Hurricane Matthew, and generated more turnovers (4) than points(3).

A historically poor offensive performance for a Larry Fedora-coached team, it will be interesting to see if the Tar Heels can bounce back on the road against a tough Miami Hurricane team next week in a key ACC Coastal matchup.

Regardless, this is a loss that will stick these Tar Heels for the rest of the season and is going to be key in determining the outcome of the ACC champion.

UTSA may be the next big time G5 school 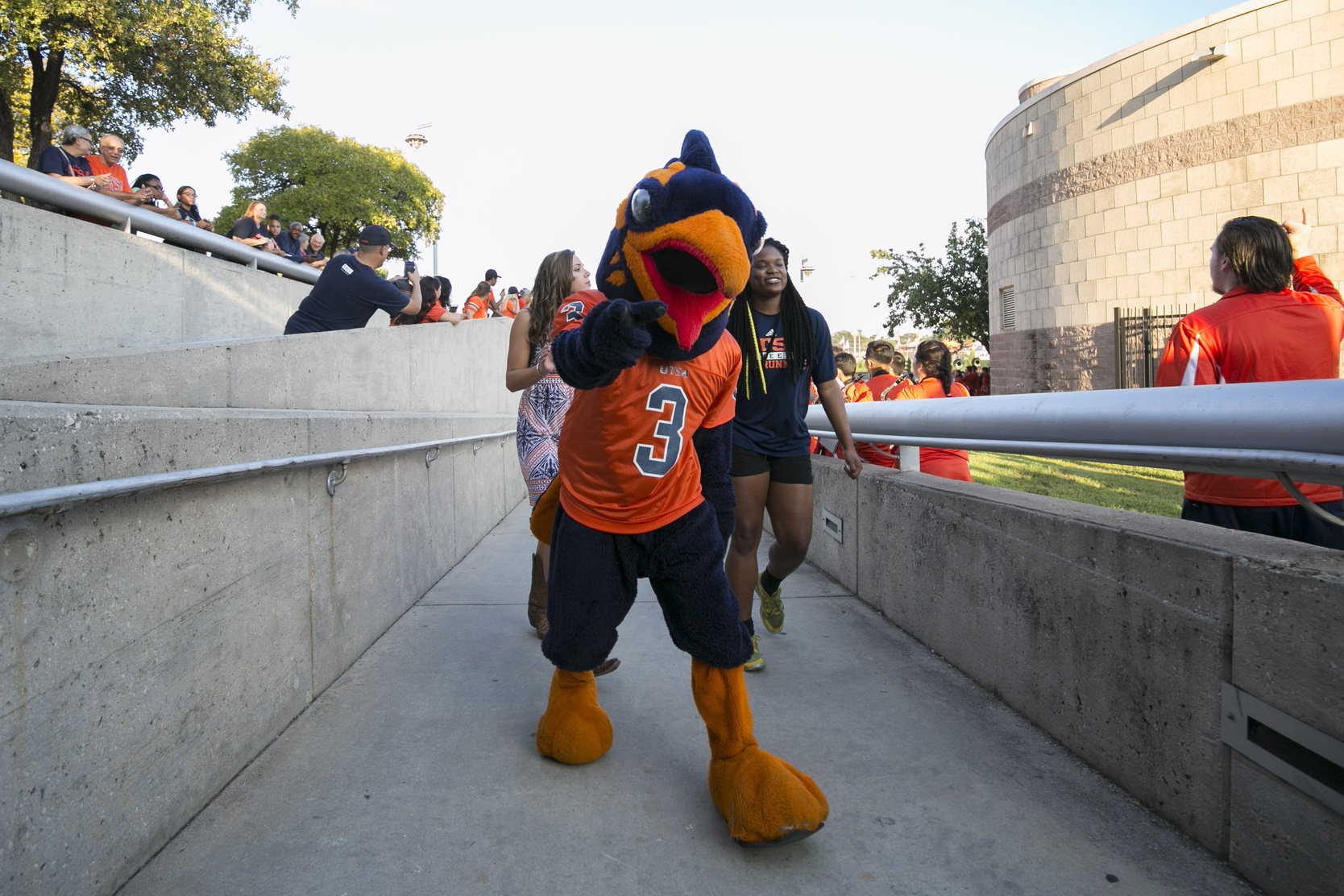 Now, hear us out on this. Despite the Roadrunners’ 2-3 record, this is the same team that took Arizona State down to the wire at home before proceeded to put on a clinic in a 55-32 win over Southern Mississippi. This was a game in which the Roadrunners were 23-point underdogs.

UTSA poached Head Coach Frank Wilson from his position as running back coach, assistant head coach, and recruiting coordinator for the LSU Tigers. It was  only a matter of time before he made his mark on a UTSA program looking for an identity as a blossoming G5 program.

While the Roadrunners aren’t projected to nab a premier bowl game invitation this season, expect them to make a push for a playoff berth in the near future. Wilson is clearly a coach on the rise. With he and Tom Herman leading G5 Texas schools (until Herman bolts for greener pastures, at least), the future looks bright for the little guys in college football.

Does Navy have Houston’s number?

While the outcome changed from last season, the question remains: Does Navy have Houston’s number on the field?

After a dogfight last year in which Navy lost steam late in an eventual 52-31 loss, not many expected Navy to win against a loaded Houston team that had beat Oklahoma to open the season. Coming off a 14-point loss to Air Force, the Midshipmen were 14 point underdogs and faced the nation’s top-ranked rush defense.

Despite the adversity Navy faced on every snap, they fought constantly, managing to snag three turnovers and score one of the biggest upsets in program history over No. 6 Houston. On top of the three turnovers, Navy scored the most points in a single game against a ranked team in program history, setting up a pivotal October 28 matchup at South Florida that should decide the AAC championship. 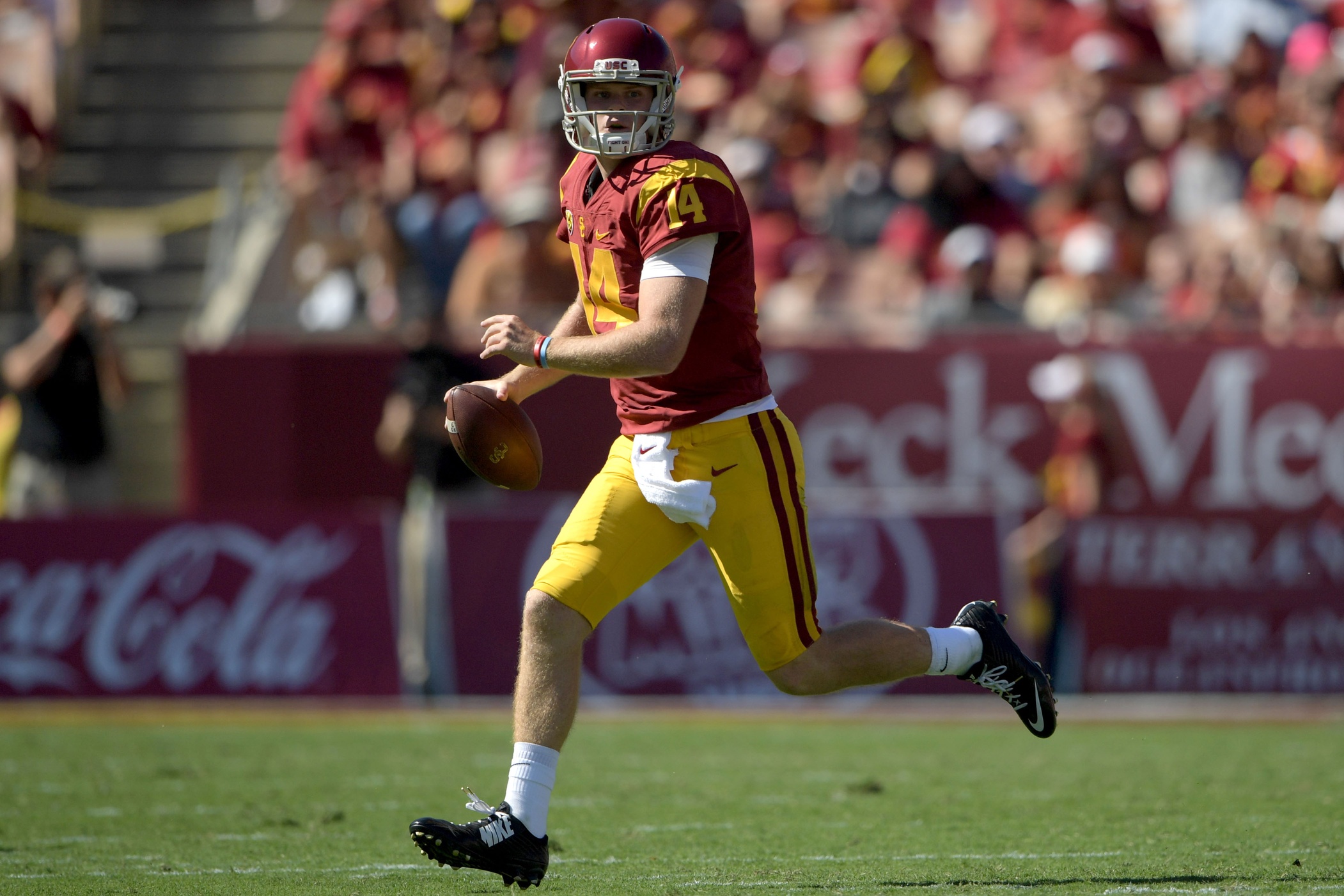 Three games into the 2016 season, USC was sitting at a paltry 1-2 with a massive blowout loss to No. 1 Alabama as well as a physical loss to No. 7 Stanford in Palo Alto.

Since the shakeup at the quarterback position, inserting untested redshirt freshman Sam Darnold into the starting lineup, USC has reeled off a couple of impressive wins over two tough opponents.

Underneath the major storylines regarding this game is the train of thought that Sam Darnold may be the only reason Clay Helton hangs onto his job as USC’s head coach.

A much maligned hire by former athletic director Pat Haden, many have called for Helton to be fired to make way for a high profile hire. If the Trojans continue to reel off impressive wins on the arm of Darnold, Helton could be hanging on for a few more seasons.