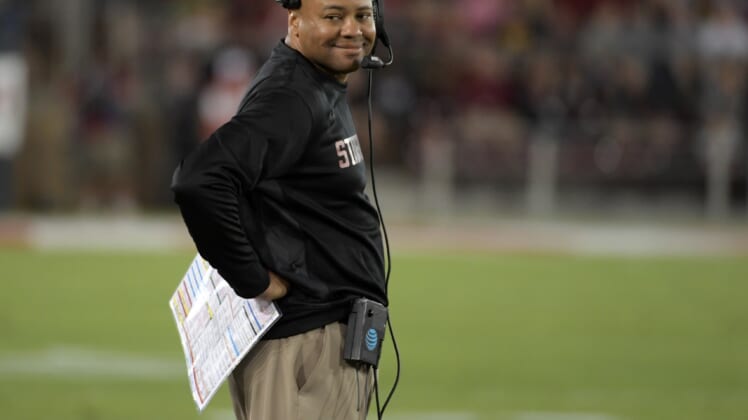 The opening slate of the 2018 college football season had plenty of entertaining developments. Now that the jitters and rust have been shaken off, it’s time to dive into Week 2 and see what compelling matchups are on tap for the NCAA gridiron.

Between ranked showdowns, conference clashes, and plenty of star power, there’s no shortage of intrigue even at this early point in the year.

Read on for a look at Week 2’s most compelling matchups, which are greatly informed by what happened to kick off the schedule.


Cardinal running back Bryce Love is a Heisman Trophy front-runner after finishing second in last year’s voting. His 2018 campaign fell flat at the outset, as he had 29 yards on 18 carries against San Diego State.

USC had a rough beginning to its year too. The Trojans led UNLV by five points entering the fourth quarter. True freshman quarterback JT Daniels kept his composure and threw a 43-yard touchdown to open the final quarter and break the game open.

Love should find room to run after USC yielded a whopping 308 yards rushing to UNLV. Look for a big bounce-back game from Love, who will force Daniels to throw often with the Trojans trailing.

Fisher is familiar with the Tigers, having previously coached Florida State in the ACC. However, he’s lost his last three meetings with Clemson, and the team is the best it’s been since winning the national title after 2016.

Even though the game is in College Station, the Tigers are huge favorites and rightfully so. Their defensive line features four prospective NFL players: Clelin Ferrell, Dexter Lawrence, Christian Wilkins and Austin Bryant.

No. 13 Penn State at Pittsburgh 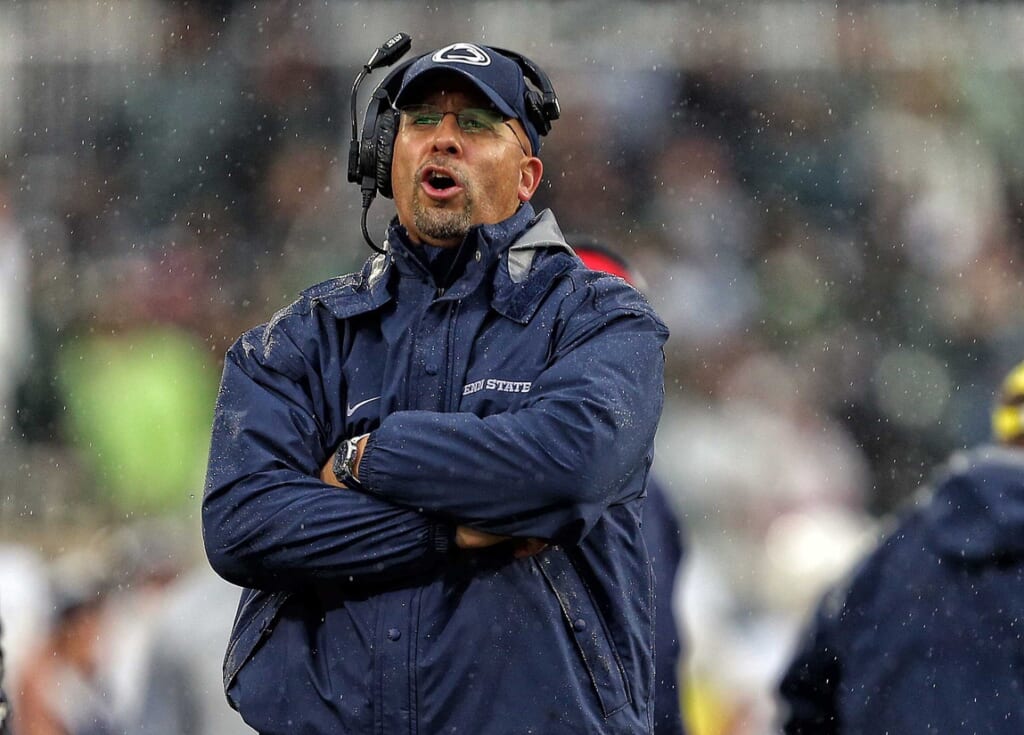 The Panthers lost this matchup 33-14 a season ago, yet the Nittany Lions are looking vulnerable. They needed overtime to defeat Appalachian State 45-38 in Week 1.

It didn’t seem like Penn State’s offense missed Saquon Barkley too much after putting up 45 points. Nevertheless, its shaky defensive effort is cause for concern as it makes the trip to Pittsburgh.

Sophomore Kenny Pickett leads the Pitt offense and can definitely make plays with his legs. Pickett ran for 42 yards and a score as the Panthers defeated Albany 33-7 in their first game.

It’ll be fascinating to see how senior signal-caller Trace McSorley and his bunch respond to early adversity as playoff contenders.

Inclement weather caused a relatively soft opener for the Cyclones against South Dakota State to be canceled. Now their season suddenly commences with a road battle against their intrastate rival.

Neither of these teams are ranked, yet both have under-the-radar quarterbacks worth monitoring. Hawkeyes junior Nate Stanley is a strapping signal-caller at 6-foot-4, 242 pounds who looked shaky against Northern Illinois and will have to bounce back for Iowa to successfully defend its home field.

Iowa State quarterback Kyle Kempt has a similar stature (6-foot-5, 224 pounds) to Stanley but isn’t as bulky. Kempt threw 15 touchdowns to only three interceptions last season and has a solid running back in David Montgomery to help him out in the duel for the Cy-Hawk Trophy.

Two potential 2019 NFL draft entrants are quarterback counterparts. Wildcats senior Clayton Thorson, among the best in the game, led Northwestern to a 31-27 win over Purdue last week. Quite a story, considering he tore his ACL December 29 against Kentucky.

On the other side is Daniel Jones, who looks the part at 6-foot-5, 220 pounds. However, per ESPN’s David Hale, among returning Power Five quarterbacks, Thorson (9.7) and Jones (12.6) ranked second and fifth respectively in lowest percentage of throws 20 or more yards downfield.

Thorson and Jones need to take shots to feature more prominently on NFL radars. Perhaps one will press too much and cost his team in what should be an exceptional showdown Saturday in Evanston.

Two of the most brilliant offensive minds in the past decade collide when Kelly’s UCLA rebuilding project takes on Riley’s Oklahoma powerhouse.

Cincinnati spoiled Kelly’s debut, handing the Bruins a 26-17 loss. What could’ve been a tough tilt for the sixth-ranked Sooners to start instead ended in a 63-14 drubbing of Florida Atlantic.

Riley just has to let Kyler Murray do his thing leading Oklahoma’s multifaceted attack. Murray completed 9-of-11 throws for 209 yards and two touchdowns in Week 1 and ran for 23 yards on four carries.

It’d take some serious Kelly magic to keep the Bruins within striking distance. This is still a good “measuring-stick” game for UCLA, though.

South Carolina’s junior quarterback has a stiff test against SEC rival Georgia, whose defense is still formidable despite losing linebackers Roquan Smith and Lorenzo Carter to the 2018 NFL draft.

If the 24th-ranked Gamecocks are meant to have any chance of pulling an upset at home against the No. 3 Bulldogs, Bentley must be superb. His task isn’t made easier by Georgia having Deandre Baker — arguably the best cover cornerback in college football.

Bentley threw for four touchdowns last week versus Coastal Carolina. Now the level of competition is much higher in a showcase game for an NFL prospect in Bentley, who Georgia coach Kirby Smart said is, “like a coach on the field.” 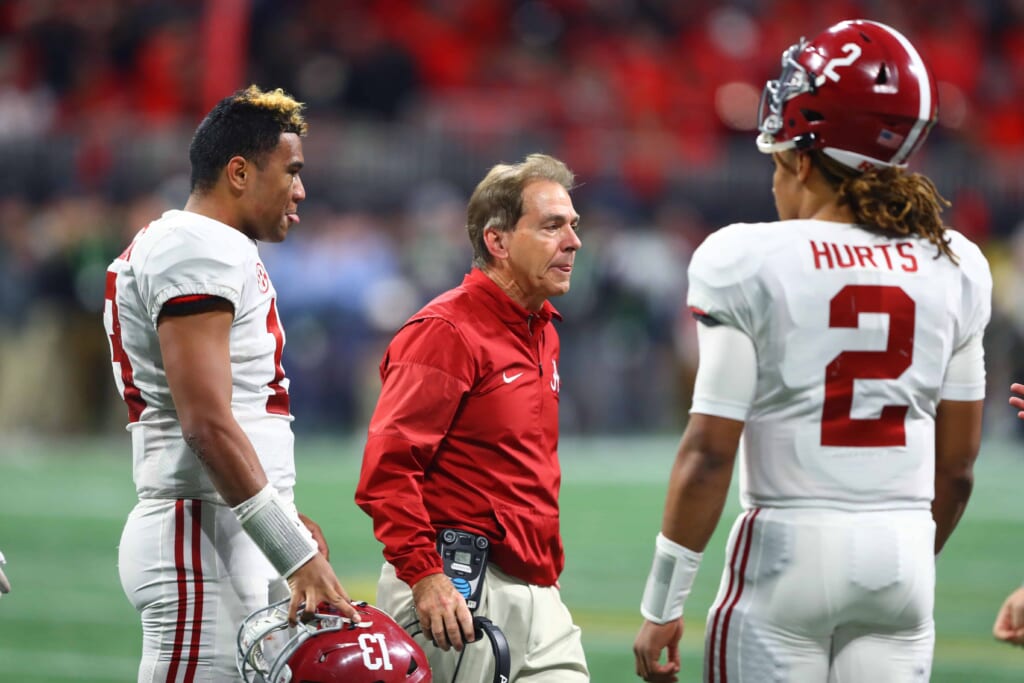 Alabama coach Nick Saban continues to be leaning Tagovailoa’s way for the No. 1-ranked team’s full-time gig, naming him the starting quarterback against Arkansas State.

Tagovailoa once again showed off his superior throwing ability in Week 1, going 12-of-16 passing for 227 yards and two scores versus Louisville. He also ran for a touchdown for good measure. Meanwhile, Hurts failed to lead the Crimson Tide on any touchdown drives.

Considering the low quality of opponent for Week 2, it’s very likely both field generals will see extended action. But again, Tagovailoa will be the first one out, with Hurts trailing him once Alabama’s blowout is well underway.

Kevin Sumlin vs. his former team

Before an initially successful and later tumultuous Texas A&M tenure, Sumlin led Houston to a 35-17 record in four years, including a 12-1 mark in his final season.

But the Wildcats are coming off a season-opening loss to BYU in which Tate completed only half of his 34 passes. Tate’s Week 2 counterpart, D’Eriq King, had 320 yards passing and three touchdowns in a win over Rice last week.

Sumlin must get Tate and Arizona back on course quickly to avoid an 0-2 start.

A legitimate NFL prospect who could be the first receiver off the board in the 2019 draft, Harry had six catches, 149 yards and two scores for Arizona State in a 49-7 Week 1 romp over UTSA.

Harry should attract double coverage from Layne and Dowell. The 6-foot-4, 213-pounder is excellent at tracking the ball downfield, though, and catch anything even with multiple defenders in his vicinity.