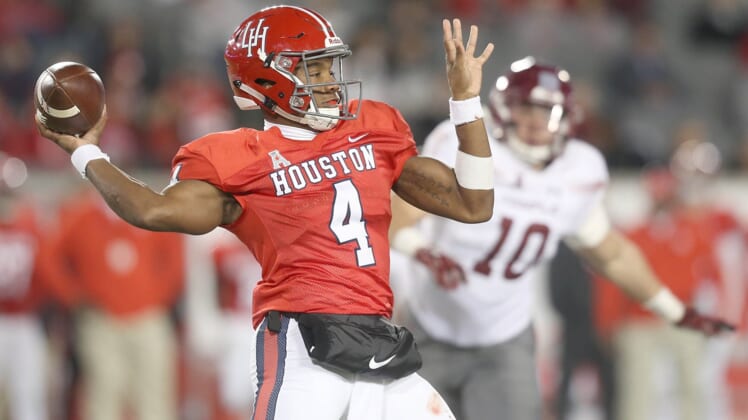 After a rousing in-state rivalry game kicked things off last Saturday, the college football season is here in earnest with a loaded Week 1 schedule.

There will be at least one game on your television every night from Thursday through Monday as college football dominates the sports landscape. It’s a lot to chose from.

That’s why we’re looking at the most compelling matchups taking place this weekend.

This Thursday night in-state rivalry game should provide plenty of fireworks. The annual Holy War between Utah and BYU has an added element of importance in 2019, as Utah comes into this season with tremendous expectations. Heck, Lee Corso boldly predicted the Utes will play for the National Championship this year.

Utah has won eight straight against its rival, but comes into the game as a 5.5-point favorite. Last year, the Cougars led by 20 points, only to lose by eight after allowing the Utes to come back late. If the home team is going to avoid the same fate Thursday night, then quarterback Zach Wilson needs to step up his game in a big way.

This game will either spark or smother Oregon quarterback Justin Herbert’s Heisman campaign. He opted to come back for a final year with the Ducks to play with his younger brother, spurning a top draft spot in the NFL in the process. If Herbert gets off to a hot start against a top SEC team, then watch out for his stock to take off.

Similarly, this game against Oregon will either bring hope or provide more angst to an already frustrated Auburn fan base. Tigers fans have no patience for another season of crushed expectations from Gus Malzahn’s squad.

Oh, and both teams enter the year with national championship aspirations. This prime-time game on ABC Saturday evening is going to be must-see TV.

The main reason we’re going to be so focused on this contest is that Trojans head coach Clay Helton enters the 2019 season on the hottest of seats. He’s favored to be the first Power 5 head coach fired this year after going 5-7 in 2018.

The USC offense should look quite a bit different with “Air Raid” signal caller Graham Harrell calling the shots. However, the Bulldogs won the Mountain West last year thanks to a dominant defense that was among the best in the nation. If Helton’s crew stumbles out of the gate, it could portend yet another wasted season for the Trojans.

Houston vs. No. 4 Oklahoma

Come for the star power, and stay for the offensive fireworks.

Houston quarterback D’Eriq King is one of the most electric playmakers college football has to offer. On paper, Oklahoma overwhelmingly brings a more talented overall roster. Yet King’s dual-threat abilities should give the Cougars at least a fighting chance of hanging tough.

On the other side, former Alabama star Jalen Hurts is aiming to become the third straight Sooners quarterback to win the Heisman Trophy under head coach Lincoln Riley.