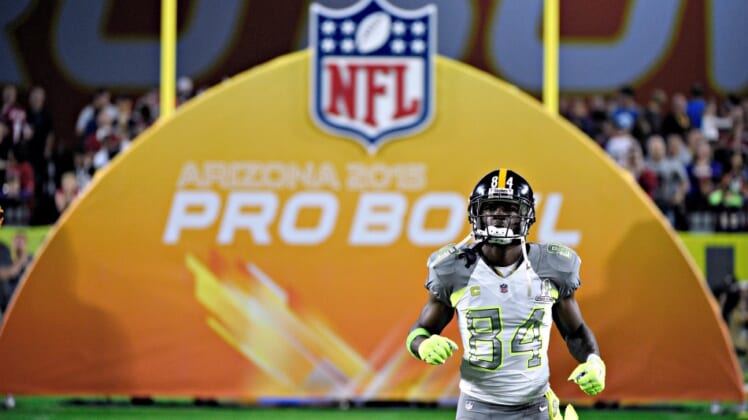 Shortly after Antonio Brown was outed as having been benched for the team’s final game in 2018 following an argument with a teammate during practice, it was reported that teammate was none other than Ben Roethlisberger.

Since then, it’s been widely reported that Brown has asked the team for a trade, and it’s clear there’s a huge issue that either needs to be resolved or that the Pittsburgh Steelers will just need to move on.

Now we’re hearing a bit more about exactly how and why this feud between Brown and Roethlisberger came to fruition. Former NFL player James Jones, who now works for NFL Network, shared what he’s heard coming out of Pittsburgh.

“I have talked to a couple people in the Pittsburgh Steelers organization and they told me this has been lingering on,” Jones said (h/t Pro Football Talk). “I’ve been told in meetings [Roethlisberger] would take shots at AB. Like, ‘I don’t got to throw you the ball,’ and things like that. Wednesday in practice, I heard he ran the wrong route, Big Ben threw the ball on the ground, said, ‘Get him out of here. Get somebody else in there,’ and that’s when AB was at his boiling point and that’s when he went off.”

Jones also made it clear he thinks it’s going to be tough for Brown to work out his differences with Roethlisberger without any real trust.

“I do think it’s hard to sit down and have a conversation with a man you do not respect or trust,” Jones said.

If this really is what happened between the two Steelers stars, then it’s easy to understand why Brown has been so upset. It’s not hard to believe that Roethlisberger would have said and done these things, either, given his recent history of throwing teammates under the bus.

All this turmoil might end up being great news for another NFL team, however, and it would certainly appear Antonio Brown has his eye on a particular one that plays on the other side of the nation.