The All-Star, who declined to participate in the July showcase event at Denver because of unspecified injury concerns, appeared to aggravate his hip injury in the first inning. After a leadoff single, Betts looked to be in discomfort while advancing to third base on Justin Turner’s double. 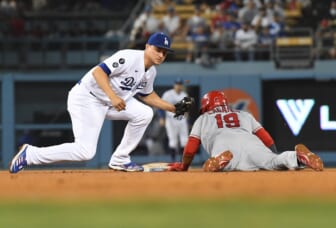 Betts scored later in the inning on a ground ball by Albert Pujols, but he appeared to grimace as he crossed home plate.

In eight seasons, the five-time All-Star and 2018 American League MVP owns a career .299 average with 172 home runs and 553 RBIs in 935 games for the Boston Red Sox and the Dodgers.