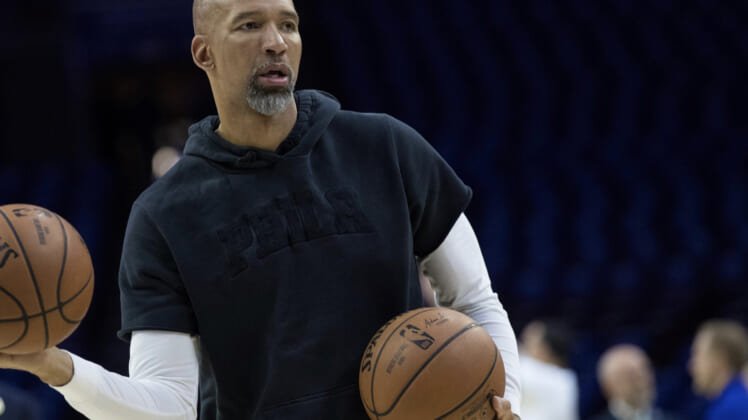 The Phoenix Suns’ surprising move to fire first-year head coach Igor Kokoskov Monday night threw pretty much everyone around the NBA for a loop.

It was certainly a power move from young general manager James Jones following another 60-plus loss season in the desert.

One day after Kokoskov‘s ousting, a prominent name has emerged as the favorite to land in Phoenix.

Philadelphia has also given Phoenix permission to speak to Williams about the job.

A well respected coach, Williams has been on the NBA bench since all the way back in 2005 with the Portland Trail Blazers.

Prior to joining Brett Brown in Philadelphia, he had served as the New Orleans Pelicans/Hornets head coach from 2010-15, leading that organization to two playoff appearances in five seasons.

Williams would certainly be a good get for this long downtrodden organization. He’d do wonders for the development of youngsters Deandre Ayton, Devin Booker and Mikal Bridges.