Montreal runs unbeaten streak to 6 in win over Atlanta 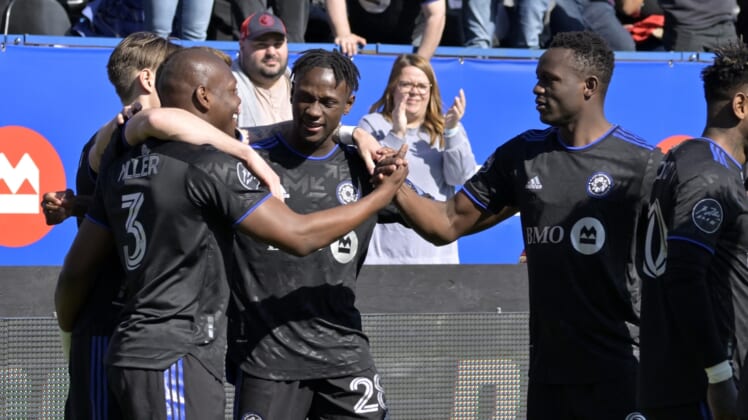 Defender Kamal Miller tallied a goal and an assist as CF Montreal held off visiting Atlanta United FC for a 2-1 victory Saturday at Stade Saputo in Quebec, Canada.

Montreal also jumped Atlanta in the Eastern Conference standings, moving into a fourth-place tie with Orlando City — pending the rest of Saturday’s results.

Montreal opened the scoring early at home, finding the back of the net in the fourth minute. As a free kick from Djordje Mihailovic sailed into the penalty area, Miller jumped over a gaggle of Atlanta defenders and headed the ball between a diving Bobby Shuttleworth and the near post.

The goal was the first of the season for Miller and just the second of his MLS career.

Atlanta equalized in the 51st minute when a loose ball fell to Marcelino Moreno. The Argentine midfielder avoided a tackle and then launched a hard and low shot toward the goal. The ball found the net after banging off the far post. It was Moreno’s second score of the season.

Miller showed off fancy footwork to create the go-ahead goal in the 82nd minute, dancing around a pair of Atlanta defenders before sending a cross into the box from the right flank. Joaquin Torres found the ball with ease and headed it past Shuttleworth (three saves).

Atlanta got off 12 shots in the match, but six of those came from outside of the penalty area at long distance and only five were on net. Thiago Almada nearly scored on an attempt from more than 25 yards out in the first half, but the boot went just wide of the top corner.

For Montreal, goalkeeper Sebastian Breza came up with four saves.

Mihailovic, who now has four goals and four assists on the season, was defensively stout on Saturday too, notching a team-high four tackles.

Luiz Araujo made his first start since the season opener for Atlanta. He played 80 minutes and took two shots.