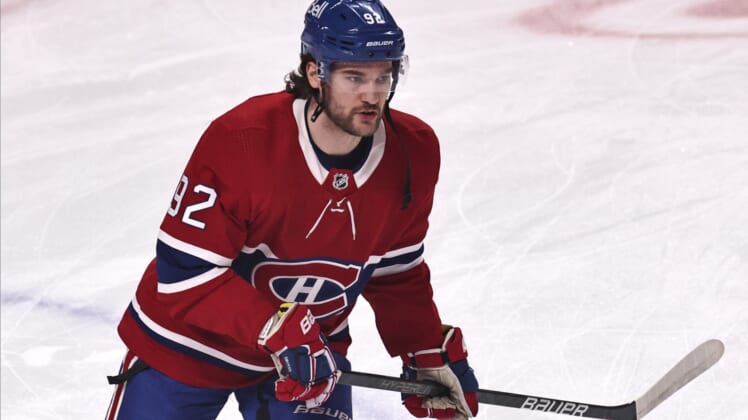 Montreal Canadiens forward Jonathan Drouin said Monday that his leave of absence from the team last season was due to anxiety and insomnia.

The 26-year-old Drouin told Canada-based RDS that he has issues with anxiety for several years and hit a breaking point before the third contest of a five-game road trip in April.

Drouin said he had gone three nights without sleep before deciding after a pregame skate in Calgary on April 23 that he couldn’t play that night. The team announced his leave of absence on April 28.

“That’s where it hit a wall for me. It was time to step away from the game,” Drouin told RDS while discussing the situation publicly for the first time. “Literally take a step back from everything and enjoy life.

“It was hard for me to do at that time — obviously, the playoffs were coming around.”

Drouin didn’t return to the team during a season in which Montreal won three playoff series to reach the Stanley Cup before falling to the Tampa Bay Lightning.

“I’m proud of what I’ve done and I’m happy I did it,” Drouin said. “I’m 26 years old so I wanted to do that at that point in my career and feel good for the next years.”

Drouin had two goals and 21 assists in 44 games last season.