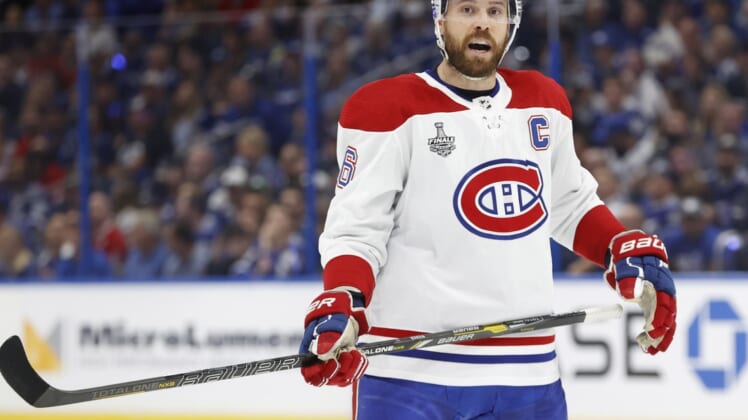 The defenseman is coping with lingering knee, foot, ankle and thumb injuries. He missed the Canadiens’ final eight regular-season games with a thumb injury but played 22 games and tallied six points (one goal, five assists) in the recently concluded Stanley Cup playoffs. He turns 36 next month.

“I was amazed how he played,” Bergevin said Thursday. “He was one of our top-minute defensemen throughout the whole playoffs all the way to the Stanley Cup Final. I personally wasn’t aware (of the severity of his injuries), and from what I’ve gathered from the information, I don’t think anybody was really aware of it. I think we’re all aware of their pain and what he was going through every day, but to that degree we didn’t know. Shea, as you all know, is a man of few words and sharing or complaining about his body is not one thing that he does so I was very surprised.”

Weber averaged 25:13 in ice time in 22 playoff games. Montreal lost in the Stanley Cup Final to the Tampa Bay Lightning in five games.

“Obviously we need to somehow replace his minutes, defensemen that will get more responsibility as we move forward. We’ll look closely to the market, either via trade or free agency to try to at least, to a degree, replace Shea, if we can.”

The Canadiens, NHL and NHLPA are all looking into what his medical status could mean for the remaining five years on his 14-year contract, which he signed in 2012. Weber underwent surgery to repair tendons in his left foot in March 2018 and missed 80 games between 2017-19. He was limited to 48 regular-season games due to injury in the 2020-21 regular season, scoring just 19 points (six goals, 13 assists).