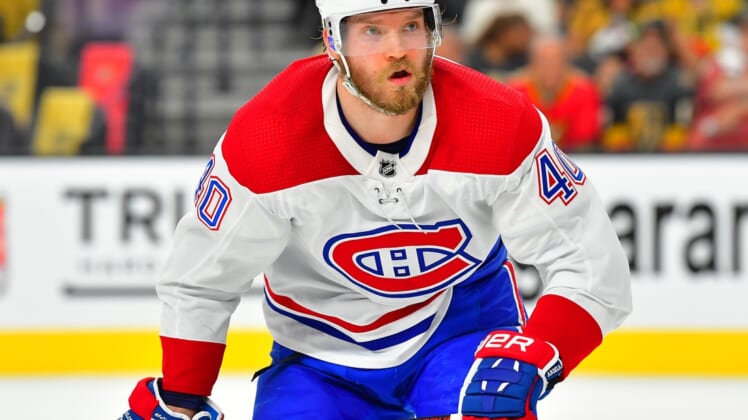 Montreal Canadiens forward Joel Armia cleared COVID-19 protocols and will be a game-time decision for Game 1 of the Stanley Cup Final on Monday night against the Tampa Bay Lightning.

Acting head coach Luke Richardson made the announcement and said Armia was traveling by private jet to join his teammates in Tampa, Fla.

Armia, 28, was placed in the COVID-19 protocols for the second time this season on Sunday.

Armia has eight points (five goals, three assists) in 17 playoff games this season. He had 14 points (seven goals, seven assists) in 41 games during the regular season.

Canadiens interim head coach Dominique Ducharme has been in quarantine since June 18 following a positive test. He is expected to be able to rejoin the team for Game 3 on Friday.