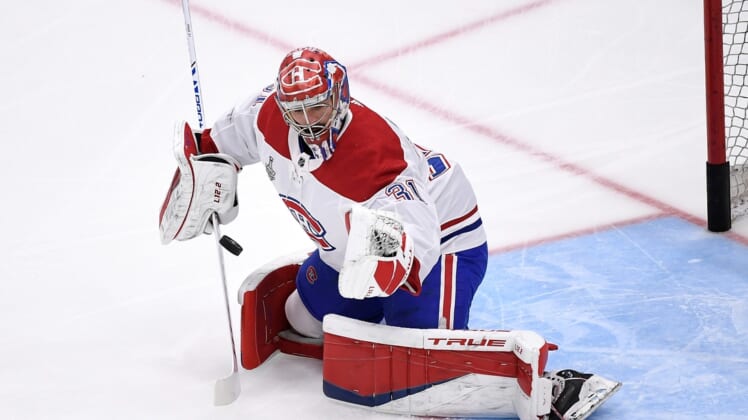 Price is expected to be ready for Montreal’s season opener against Toronto on Oct. 13.

Canadiens coach Dominique Ducharme said Hoffmann could miss the start of the season.

Price, 34, had knee surgery on July 23 in New York, following the Canadiens’ run to the Stanley Cup Final. In the postseason, he was 13-9 with a 2.28 goals-against average, a .924 save percentage and a shutout. He played in just 25 regular season games in 2020-21, missing time with a concussion and a lower body injury.

Hoffman had 36 points (17 goals, 19 assists) in 52 games last season with St. Louis. The left winger signed a three-year, $13.5 million deal with the Habs in the offseason. He was injured skating before arriving in Montreal but won’t require surgery.

Byron underwent hip surgery in July and is expected to be out until December.

Blueliner Joel Edmundson is day-to-day, and Brendan Gallagher has missed the outset of camp for family reasons and is expected to report later.