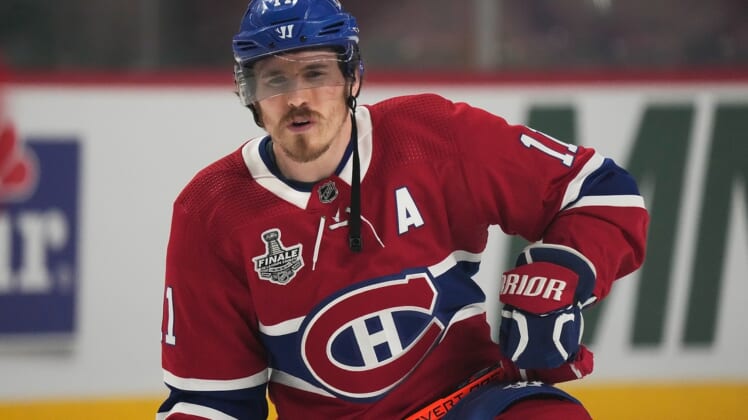 The Montreal Canadiens had their hearts broken when they lost 1-0 in Game 5 of the Stanley Cup finals Tuesday, ceding the title to the Tampa Bay Lightning four games to one.

That wasn’t the end of the grief for Montreal alternate captain Brendan Gallagher, who returned home from Tampa to find his home had been robbed while he was away.

Gallagher posted a video to Tik Tok in which he wordlessly ate a sandwich while part of a Pitbull song played on the clip.

“When your stanley cup dreams are crushed and you come home to find out youve been robbed but its okay. Because (Pitbull) has been there and done that,” Gallagher wrote on top of the video.

Gallagher did not reveal any other details about the incident.

A 29-year-old right winger from Canada, Gallagher scored 14 goals and added nine assists over 35 games in the 2020-21 regular season and had two goals and four assists during the Canadiens’ run to the Cup finals.