Rogelio Funes Mori’s early goal led Monterrey to a 1-0 win over Club America on Thursday in the championship match of the CONCACAF Champions League.

Club America, the winningest team in the competition’s history, lost in a final for the first time after earning seven titles.

A team from Mexico’s Liga MX won the title for the 16th year in a row. The all-Mexican final was the fourth in the past six seasons.

On the decisive goal in the ninth minute, a square pass from the left side of the America penalty area went through the legs of a defender to a wide-open Funes Mori, who tapped a six-yard shot into the right side of the net. 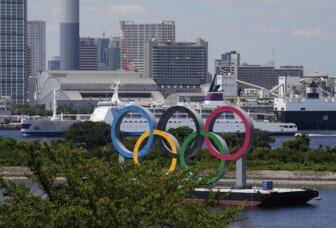 America had a chance to pull level in the 10th minute of second-half stoppage time, but a shot hit the crossbar, and after an ensuing scramble for the recap in the box, another attempt finally went wide of the left goal post.

The result gives Monterrey a berth in the FIFA Club World Cup, scheduled for early next year in the United Arab Emirates. The competition features the club champions of FIFA’s six regional confederations in addition to the reigning domestic champion from the host nation.