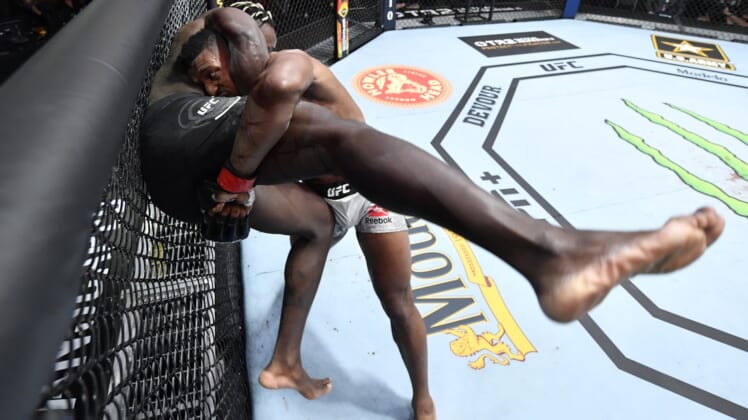 MMA fighter Khetag Pliev underwent emergency surgery to have a finger reattached after it was severed during a bout at a Cage Fury Fighting Championship event on Thursday in Philadelphia.

The referee noticed Pliev was missing his left ring finger and promptly stopped the co-main event bout after the second round. He awarded a TKO to his opponent, Devin Goodale.

The disconnected digit initially went missing, causing officials to look around the cage. After a short time, an announcement over the PA system asked for those in attendance to keep an eye out for it.

“In the second round, (Goodale) caught my glove with one hand and held it,” Pliev said, per ESPN. “I felt my finger snapped. He kept pulling my glove and my finger snapped. We kept fighting. When the second round was finished, I see my (bone) was out in the open. I wanted to keep fighting, because I felt like I had this guy. But the doctor saw that and stopped the fight.”

Pliev, 37, plans to appeal the decision with the Pennsylvania State Athletic Commission because Goodale illegally grabbed his gloves.