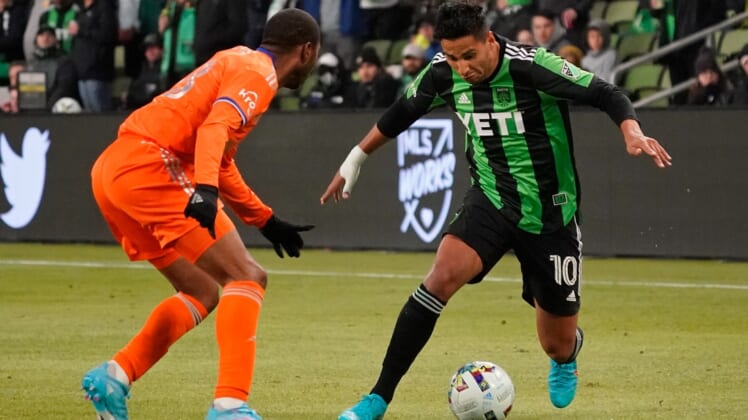 Dominguez may not participate in any team activities while the investigation is ongoing. MLS did not give further details as to what triggered the suspension.

The news comes one day after Dominguez, a native of Paraguay, obtained his green card and would no longer occupy an international roster slot beginning next season.

Dominguez has played in four of Austin’s five games this season and scored a pair of goals in the team’s season-opening win over FC Cincinnati. In 38 games (33 starts) for Austin in 2021 and 2022, Dominguez has scored nine goals with four assists.