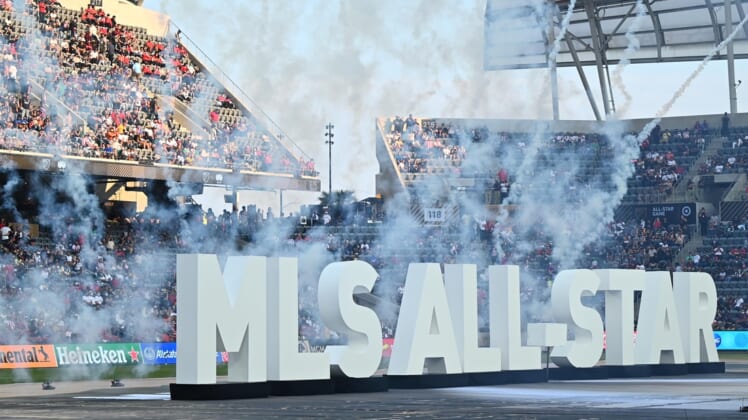 For the second consecutive year, the all-star squads from MLS and LIGA MX in Mexico will face each other as the two leagues continue to expand their working relationship.

MLS announced the All-Star Game matchup Thursday, with the contest set for Aug. 10 at Allianz Field in Saint Paul, Minn.

Last year’s All-Star Game between the leagues ended in a 1-1 tie and went to penalty kicks, with MLS goalkeeper Matt Turner making two saves in the deciding format to extend the duel and FC Dallas’ Ricardo Pepi scoring the game-winner.

Turner and Pepi have since reached deals to play for clubs in Europe. Turner is set to move on to Arsenal in England on July 1, while Pepi now plays for FC Augsburg in Germany.

While club teams from MLS and LIGA MX do face each other in CONCACAF Champions League, the two leagues are set to embark on an ambitious midseason Leagues Cup tournament in 2023, when all teams from both leagues will compete to find a single champion.

A smaller version of Leagues Cup was contested in 2019 and 2021, with four teams from each league participating. This year’s version will be a Leagues Cup Showcase doubleheader in Los Angeles, where the Los Angeles Galaxy will face Chivas Guadalajara and Los Angeles FC will play Club America.

The MLS All-Star Game has taken on a variety of formats over the years, from an East vs. West matchup to a USA vs. World showdown. The league’s all-stars also have faced select teams from Europe, including England’s Manchester United and Tottenham Hotspur, Italy’s Juventus and Roma, Spain’s Atletico Madrid and Real Madrid and Germany’s Bayern Munich.