Rowe, 32, began his MLS career as a pool goalkeeper before playing with the Los Angeles Galaxy, Vancouver Whitecaps and Orlando City. He was a part of the Galaxy’s MLS Cup-winning team in 2014 and made 105 career appearances (102 starts) during his career in the league.

Rowe’s contract with Orlando City SC expired at the end of the 2020 season.

“Thank you to all the coaches that took a chance on me, the fans for your unrelenting support and most importantly, thank you to all of the technical staff, equipment managers, admins, interns, front office and stadium staff that tirelessly worked behind the scenes to keep us healthy and our lives running seamlessly,” Rowe wrote in an Instagram post. “Without you, none of this would have been possible.”

Rowe initially entered the MLS in 2012 after being selected by Chivas USA with the 24th overall pick in the Supplementary Draft. 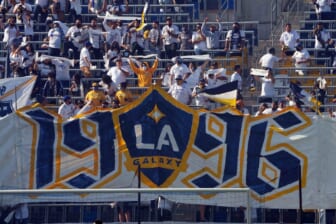