MLBPA head on return of baseball: No ‘definitive plan yet’ 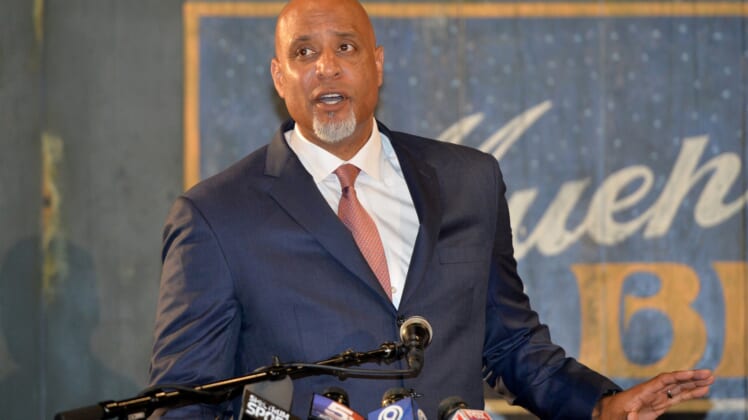 Former first baseman and MLBPA head Tony Clark spoke with ESPN recently on a wide array of issues, including the resumption of play amid the COVID-19 pandemic and the union’s relationship with the league office.

Normally, Clark’s position as head of the union would be to negotiate what’s best for his players as the current collective bargaining agreement comes to an end here soon. But these are not normal times.

The start of the MLB season, slated for late March, has been pushed back due to the ongoing pandemic. Everything from games being played without fans in Arizona to other crazy ideas have been bandied about.

Baseball wants to return. Clark wants the sport to return. However, the union head told ESPN’s Marly Rivera that there’s nothing concrete on this front as of yet.

“Despite all that has been floated and all the rhetoric that is out there, we have not received anything formal that details an actual plan,” Clark said. “I don’t know that there is a definitive plan yet.”

As with other leagues currently in hiatus, it’s all about the science of the pandemic and how it plays out. As of right now, the United States is the world’s epicenter. Despite some states reopening, that will likely have to change with widespread testing becoming available before live sports returns.

Clark’s comments played into that belief.

“We continue to engage our experts to best appreciate a number of the logistics and challenges associated with playing in this climate, in this atmosphere,” the union head continued. “Unless or until we receive something and are able to work through it, anything out there is just a best guess at this point.”

There’s been some rumors floating around that baseball plans on starting up Spring Training again during the middle of June with the expectation that the regular season gets going on July 1.

While hopeful, there’s certainly a lot of logistical concerns to hash out before that becomes anywhere near a reality. Clark’s comments point to that.