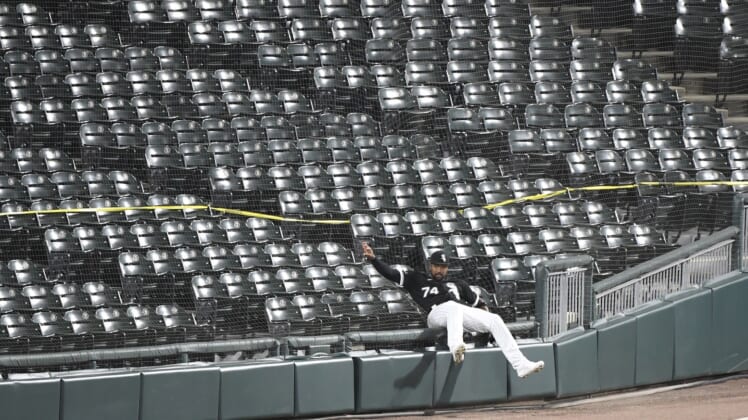 The Chicago White Sox game against the Milwaukee Brewers was all tied up at two in the top of the fifth Thursday evening.

That’s when everything that could go wrong went wrong for Chicago. Known more for his bat, star left fielder Eloy Jiménez horribly misplayed a fly ball off the bat of Christian Yelich.

What followed seemed to be something out of a Benny Hill sketch. I am not even kidding.

Not only did Jiménez misplay the ball, he went over the wall in left field and got caught up in the netting. All the while, Yelich rounded the bases for the most improbable inside-the-park homer to break out of a season-long funk.

Needless to say, those watching this game had their reactions to the most hilarious blunder of the young MLB season.