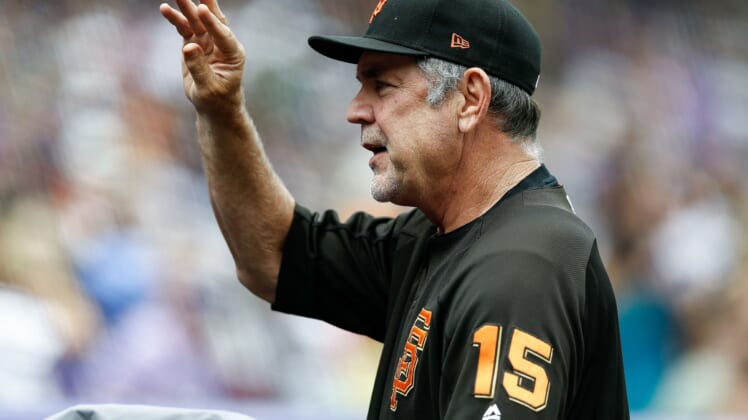 Following the news, many in the baseball world took to Twitter to praise the future Hall of Fame skipper, with his World Series wins in 2010, 2012, and 2014 being a prominently mentioned.

Larry Baer on the Hall of Fame: “To me he’s a lock. The city of San Francisco is really proud of him, and as he goes through the season we’re going to have tributes. But I think the ultimate tribute will be Cooperstown. To us it’s a no-brainer.”

Bruce Bochy is one of 10 @MLB managers to win at least three World Series titles.

Nine are in the Hall of Fame. One day soon, Bochy will join them.@MLBNetwork @SFGiants https://t.co/W5AtddbXSf

295 @MLB managers have begun their careers since the dawn of the Expansion Era in 1961.

Three Hall of Famers . . . and one no-doubter. @MLBNetwork @SFGiants

Brandon Belt said team was in shock when Bochy made announcement this morning. Bochy was emotional and then quickly moved on to preparation for season: pic.twitter.com/qadKOPIH3b

Been a total pleasure covering Bruce Bochy as a manger. First met him on my first job when he was Benito Santiago’s backup on the Padres 20 million years ago.

A decade ago, it was a troll’s fiction, but today it’s genuine fact: Bruce Bochy defied the odds to become the greatest manager in San Francisco Giants history.

Bruce Bochy is the only manager in MLB history with 900+ wins with two different franchises (951 with Padres, 975 so far with Giants).

Congrats on a heck of a career ? pic.twitter.com/XiayWInWTY

It has, indeed, been a heck of a career for the baseball lifer.