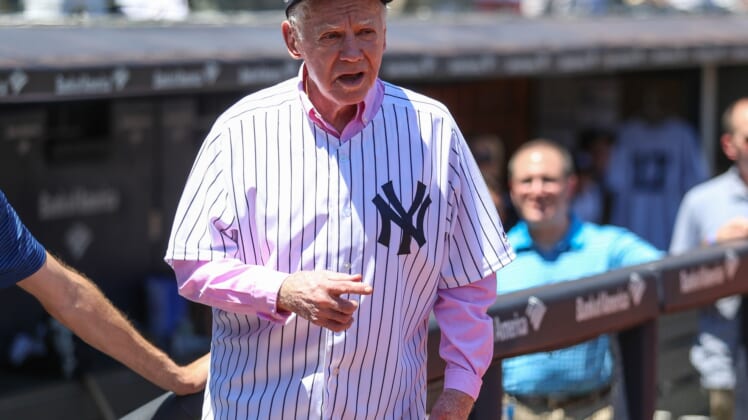 Ford, who spent his entire MLB career with the Yankees from 1950-’67, is one of the most decorated players in baseball history. He was inducted into the Baseball Hall of Fame in 1974 with 77.81% of the vote.

Ford routinely saved his best stuff for the postseason and is now recognized as one of the best pitchers in playoff history. Across 146 innings, he posted a 10-8 record with a 2.71 ERA and 1.13 WHIP. Ford won World Series MVP in 1961 and is the only pitcher to start four consecutive Game 1s in the postseason, a feat he accomplished twice.

A native of New York City, Ford’s No. 16 is retired by the Yankees and he is honored at Monument Park. When the Yankees face the Tampa Bay Rays in Game 5 of the American League Division Series, New York will pay tribute to its fallen legend.

Following Ford’s passing, the MLB world paid tribute to his incredible career and mourned the loss of a sports icon in New York.