MLB veteran Yasiel Puig to revive his career in Mexico 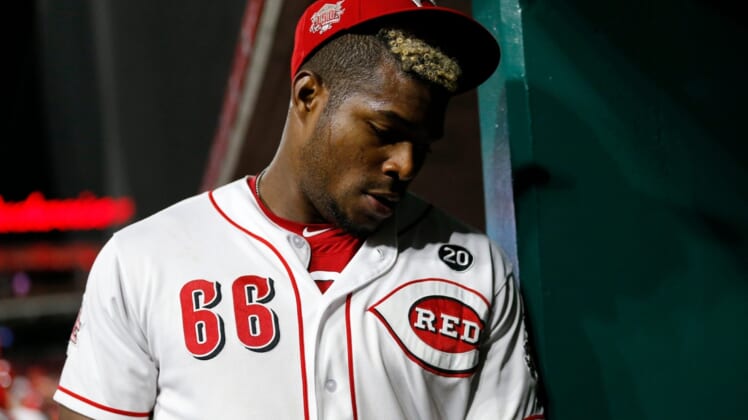 Without any options in the major leagues, outfielder Yasiel Puig will try to revive his career in Mexican League with Veracruz, ESPN reported Tuesday.

Puig, 30, burst onto the scene in 2013 with the Los Angeles Dodgers and has been a productive major leaguer but also has been a polarizing figure over a seven-year career.

But he also has been a handful on and off the field and had a contentious relationship at times with Dodgers Cy Young Award-winning teammate Clayton Kershaw. Dodgers manager Dave Roberts once said publicly that he spent more time dealing with issues created by Puig than he spent working with any other player on the team.

Puig last played in the major leagues in 2019, hitting 24 home runs with 84 RBIs with both the Cincinnati Reds and Cleveland Indians. He was set to join the Atlanta Braves before the delayed 2020 season but that deal fell through after Puig tested positive for COVID-19. He ended up sitting out the 2020 season.