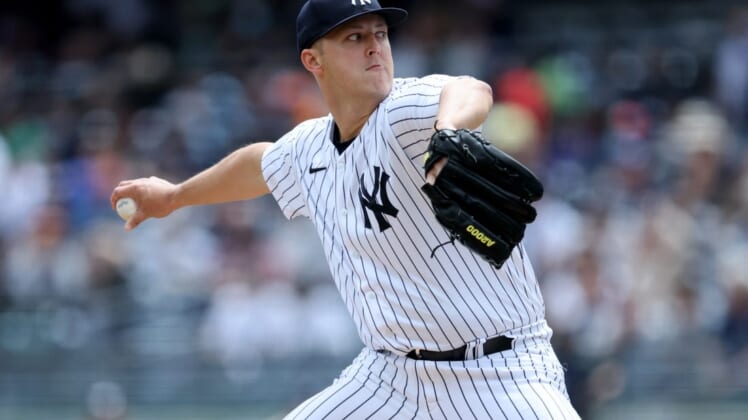 Major League Baseball and the MLB Players Association agreed Thursday to extend the 14-pitcher roster maximum for a second time.

The two parties agreed to keep the amended rule in place through games of June 19 and revert back to a max of 13 pitchers on the active roster on June 20.

Before the season, MLB and the union agreed to 28-player rosters, up from 26, and to increase the number of allowed pitchers from 13 to 14 through May 1. The agreement was struck out of health concerns for players coming out of a shortened spring training after a 99-day lockout.

The rosters shrank back to 26 on May 2. The league and union agreed at that time to extend the extra pitcher allowance to May 30, a deadline that was looming early next week.

Rosters will expand again on Sept. 1, when all teams must have 28 players on the active roster — 29 on days of doubleheaders — through the end of the regular season.