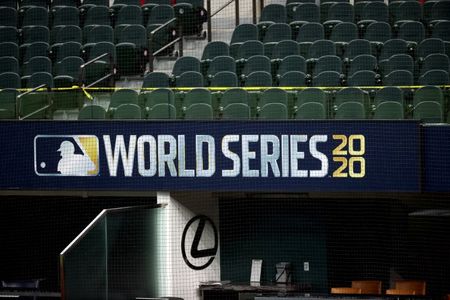 (Reuters) – Major League Baseball continues to target India as a growth market saying on Monday it had signed a deal to broadcast every game of the 2020 and 2021 World Series in the country and will bring back talent search contest the Million Dollar Arm.

The best-of-seven World Series between the Los Angeles Dodgers and Tampa Bay Rays begins on Tuesday in Arlington, Texas.

The deal is all part of MLB’s increased efforts to grow baseball in India through media partnerships and grassroots initiatives.

As part of the plans MLB, which opened its first office in India in 2019, has introduced First Pitch, a grassroots program in 300 primary schools across New Delhi, Bangalore, and Mumbai.

MLB also said in 2021 it will bring back the Million Dollar Arm, a contest that has participants compete to earn a tryout with a Major League team.

The original Million Dollar Arm was the basis for a Hollywood feature film based on the discovery of cricket-loving Rinku Singh and Dinesh Patel. In 2008 they became the first Indians to sign Major League contracts joining the Pittsburgh Pirates as pitchers.