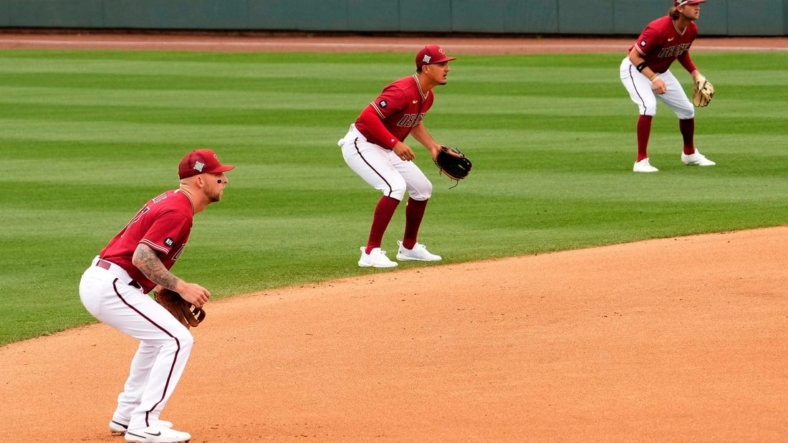 Major League Baseball passed three rules changes on Friday that will change the modern game, including the installation of a pitch timer and a ban on the defensive shift.

The rules approved by the majority of members of the new joint Competition Committee will take effect for the 2023 season, beginning in spring training and running through the postseason.

The approved changes are:

–Addition of the pitch timer, designed to improve the speed of the game and reduce dead time. Pitchers will have up to 15 seconds between pitches when the bases are empty and up to 20 seconds between pitches with at least one runner on base to deliver the ball to home plate. Pitchers must begin their motion before the expiration of the timer, and they also may step off the rubber only twice per batter’s plate appearance. That includes pickoff attempts. Stepping off a third time will result in a balk (unless the runner is ruled out). Hitters must be in the box with at least eight seconds remaining on the clock and will be allowed only one timeout per plate appearance.

–A ban on the shift, requiring the defensive team to have two infielders on each side of second base when the pitch is thrown. All four infielders must have both feet on the infield dirt when the pitcher is on the rubber. The goal is to encourage more balls being put in play.

–A change in the size of bases from 15 inches square to 18 inches square. Testing in the minor leagues this season showed that injuries on the basepaths decreased by 13.5 percent. Because the bigger bags decrease the distance from first to second base and second to third by 4 1/2 inches, more stolen-base attempts should ensue.

While commissioner Rob Manfred praised the changes, the Major League Baseball Players Association disagreed. The joint committee was created as a part of the new Collective Bargaining Agreement signed earlier this year. Of the 11 members, six are team officials are owners, four are players and one represents the umpires.

“These steps are designed to improve pace of play, increase action, and reduce injuries, all of which are goals that have overwhelming support among our fans,” Manfred said in a statement released by MLB. “Throughout the extensive testing of recent years, Minor League personnel and a wide range of fans — from the most loyal to casual observers — have recognized the collective impact of these changes in making the game even better and more enjoyable.”

The MLBPA, in a statement, disagreed.

“Players live the game — day in and day out. On-field rules and regulations impact their preparation, performance, and ultimately, the integrity of the game itself,” the statement said. “Player leaders from across the league were engaged in on-field rules negotiations through the Competition Committee, and they provided specific and actional feedback on the changes proposed by the Commissioner’s Office. Major League Baseball was unwilling to meaningfully address the areas of concern that Players raised, and as a result, Players on the Competition Committee voted unanimously against the implementation of the rules covering defensive shifts and the use of a pitch timer.”

Also Friday, MLB announced it had reached a multi-year agreement to extend its deal with PitchCom, the technology used to make communication between catchers and pitchers easier. All 30 teams have used PitchCom on a voluntary trial basis this season.