Rookie Jorge Ona hit a tiebreaking double to left in the seventh, and the host Padres added four more runs in the inning after a pair of fielding miscues by Dodgers first baseman Max Muncy to score a 7-2 victory on Monday night.

The Padres won their eighth consecutive game and cut their deficit to the first-place Dodgers in the National League West to 1 1/2 games.

The big inning broke up a pitching duel between the Padres’ Dinelson Lamet and the Dodgers’ Clayton Kershaw.

Lamet (3-1) surrendered one run on three hits and two walks with 11 strikeouts over seven innings. He retired the last 12 Dodgers he faced and became the first pitcher to fan 10 Los Angeles hitters in a game this year. Kershaw (5-2) was charged with three runs on five hits with no walks and nine strikeouts in 6 1/3 innings.

Keston Hiura delivered a sacrifice fly to cap a two-run eighth inning, and host Milwaukee opened a doubleheader with a victory over St. Louis.

After Ryan Braun tied the score with a run-scoring double off the center field wall in the bottom, Hiura came through with the sacrifice fly to left to give the Brewers a walk-off victory.

The Cardinals broke a scoreless tie in the top of the eighth when Tommy Edman delivered a two-out single to center field to score Tyler O’Neill, a pinch runner for Yadier Molina, who was placed on second base to start the extra inning. Milwaukee answered in the bottom of the frame to snap a 21-inning scoring drought and avoid a third consecutive defeat.

Paul DeJong delivered an RBI single in the ninth inning for his third hit of the game, and St. Louis earned a split of a doubleheader at Milwaukee in the nightcap.

The Cardinals stranded 14 runners in the second game, but DeJong drove in a run when it mattered with his single to left.

The Brewers, two games behind the second-place Cardinals in the NL Central, stranded the bases loaded in the bottom of the eighth and left a man on third in the ninth.

Baltimore cracked three home runs during a nine-run third inning and set a season high for runs in a game to cruise past visiting Atlanta.

Baltimore sent 12 batters to the plate in the third. The Orioles got a three-run homer from DJ Stewart — his seventh home run this season, all of them this month — and a solo shot from Ryan Mountcastle in back-to-back fashion against Atlanta starter Touki Toussaint, then added a three-run homer from Jose Iglesias.

Baltimore added a solo homer in the seventh inning from Pat Valaika, whose fly ball bounced off the glove of right fielder Nick Markakis and caromed over the fence. The 14 runs came on the heels of a four-game series against the Yankees that saw the Orioles score only three times.

Tyler Stephenson’s two-run homer in the seventh inning gave Cincinnati a walk-off victory over visiting Pittsburgh in the first game of a doubleheader.

Joey Votto hit a solo homer for Cincinnati, which won consecutive games for the first time in nearly two weeks. Colin Moran hit a home run for the Pirates, who have lost five consecutive games.

Cincinnati starter Trevor Bauer was dominant for most of the game. In 6 1/3 innings, he struck out 12 and walked two, giving up one run and four hits. Raisel Iglesias (3-3) got the final two outs of the seventh to earn the victory.

Mike Moustakas, Brian Goodwin and Joey Votto homered to lift Cincinnati past visiting Pittsburgh for a sweep of the teams’ doubleheader.

The Reds, who have won three straight, scored their nine runs on just five hits but were helped by nine walks by Pittsburgh pitching.

Ke’Bryan Hayes hit a two-run homer, Josh Bell a solo homer and Colin Moran drove in a run with a double for the Pirates, who lost their sixth in a row.

Miguel Rojas, now batting .370, led Miami’s offense, going 2-for-3 with a homer and two runs. Right fielder Matt Joyce led the defense with a pair of over-the-shoulder catches on the warning track.

Lopez (4-4) allowed three hits, no walks and one run in seven innings, striking out six and earning his first win since Aug. 24. Vince Velasquez (0-1) gave up seven hits and four runs.

Kyle Lewis hit a two-run homer and walked with two outs and the bases loaded in the bottom of the sixth to break a tie as Seattle rallied from a five-run deficit to defeat visiting Oakland in the opener of a doubleheader.

Mariners ace Marco Gonzales (6-2) allowed a season-high five runs but became the first left-handed starter to defeat the American League West-leading Athletics in 10 attempts this season. Gonzales, who won his fourth straight start, allowed the five runs on six hits in six innings, with one walk and seven strikeouts.

Mike Minor pitched a two-hitter to earn his first victory of the season as Oakland defeated host Seattle to split a makeup doubleheader.

Minor (1-5) entered the game with a 6.35 overall ERA on the season. The left-hander walked two and struck out eight in the seven-inning game. Mark Canha and Jake Lamb both homered for the first-place Athletics.

The Mariners were shut out for the second time this season and saw their three-game winning streak snapped.

Pinch hitter Adam Engel grounded a go-ahead single to center field in the eighth inning, and Tim Anderson went 3-for-5 with an RBI as host Chicago defeated Minnesota to extend its lead atop the American League Central.

Chicago moved two games ahead of second-place Minnesota behind a two-run eighth that began with two consecutive walks from Twins left-hander Taylor Rogers (1-4). After he showed bunt on the previous pitch, Engel pulled back his bat and delivered a hit past a charging infield.

Minnesota stranded 15 runners, and Chicago left 12 on base. White Sox pitching issued 10 walks. Max Kepler had two hits for the Twins while Jose Abreu and Eloy Jimenez both had a pair of hits for the White Sox. 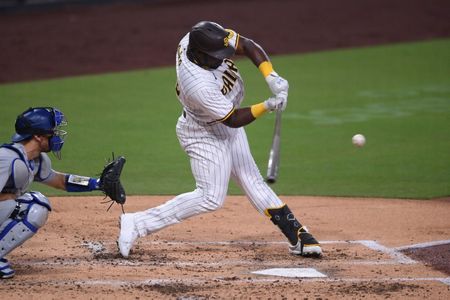 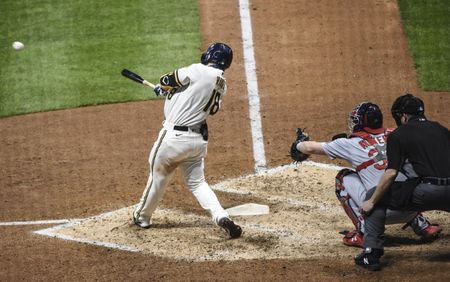 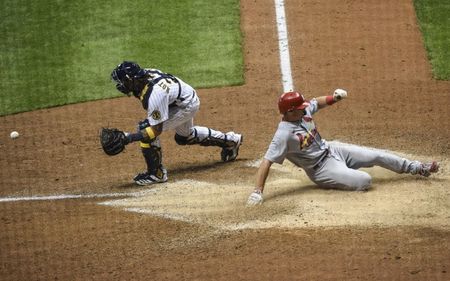 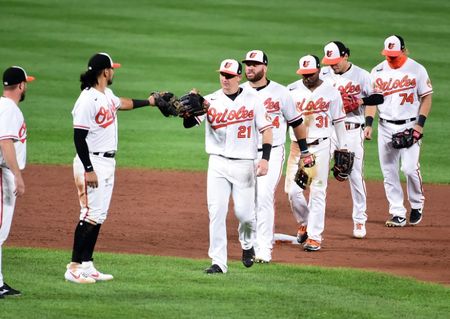 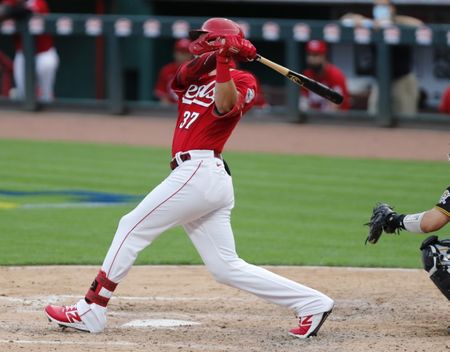