Alec Mills tossed the 16th no-hitter in Cubs history as Chicago rolled to a 12-0 win over the host Milwaukee Brewers on Sunday afternoon.

It was the Cubs’ first no-hitter since Jake Arrieta accomplished the feat on April 21, 2016, against the Cincinnati Reds. The catcher that day was David Ross, who now is in his first year as Cubs manager.

Mills (5-3) lifted his arms after he got the milestone final out in only the 15th start of his major league career. Shortstop Javier Baez fielded a ground ball and zipped a throw to first base to retire Jace Peterson.

The Brewers were no-hit for the first time since June 12, 2007, when Justin Verlander dominated them as a member of the Detroit Tigers.

Albert Pujols’ two-run home run in the top of the eighth inning not only propelled Los Angeles to a victory over Colorado in Denver, it also made history.

It was Pujols’ 660th career home run, tying Willie Mays for fifth on the all-time list. The 40-year-old Pujols, who is signed through next season, is 36 home runs away from tying Alex Rodriguez for fourth place. Pujols went 93 plate appearances without a homer before coming to the plate in the eighth inning on Sunday with the Angels trailing 3-2.

Angels starter Andrew Heaney (4-3) gave up three runs on eight hits, striking out eight and walking none to earn the victory. Rockies starter Ryan Castellani went 5 2/3 innings, giving up only the one unearned run and one hit.

Chris Taylor had three hits, including a three-run homer in the eighth inning, and Los Angeles beat visiting Houston to avoid its first three-game losing streak of the season.

Eight pitchers for Los Angeles combined to limit Houston to one run and four hits. Victor Gonzalez (3-0) was the only pitcher to throw more than one inning and was credited with the win. Los Angeles remains 2 1/2 games in front of the San Diego Padres for the NL West lead.

George Springer homered for the Astros, who have lost nine of 11. Houston starter Zack Greinke (3-2) went five innings, allowing five runs and eight hits. He struck out three and didn’t walk a batter.

Pinch hitter Gleyber Torres hit a tiebreaking two-run double with two outs in the eighth inning and New York ran its winning streak to five games with a victory over visiting Baltimore.

With the four-game sweep of the Orioles, the Yankees moved 5 1/2 games ahead of Baltimore for the eighth and final playoff spot in the American League. New York dropped three of four last weekend in Baltimore but outscored the Orioles 21-3 this weekend.

Baltimore lost its fifth straight after it had won six of eight to get back into the race. The Orioles also dropped their 10th straight game at Yankee Stadium.

Ryan Jeffers and Josh Donaldson also went deep for Minnesota, which won for the 10th time in 12 games this month, amassing 25 home runs during the span.

Carlos Santana had three hits and two RBIs for Cleveland, which lost its sixth consecutive game.

Rookie right-hander Sixto Sanchez haunted his former organization, allowing just one run in a complete-game effort as host Miami posted a win over Philadelphia in the front end of a doubleheader.

Starling Marte, acquired from the Arizona Diamondbacks on Aug. 31, got the game-winning RBI with a third-inning single. Sanchez (3-1), acquired from the Phillies last year in the trade for catcher J.T. Realmuto, allowed three hits and three walks while striking out four in seven innings.

The Marlins jumped over the Phillies by a half-game into second place in the National League East.

Perez (3-4) tossed five innings and gave up three runs (two earned) on five hits with six strikeouts. It was his first victory since Aug. 5 when he and four relievers combined on a 5-0 blanking at Tropicana Field — the only shutout against the Rays this year.

Tampa Bay’s Charlie Morton allowed three runs on six hits in 4 1/3 innings in his third start since returning from the injured list after right shoulder inflammation. Kevan Smith homered for the Rays, and Mike Brosseau went 2-for-5 with a double and an RBI.

Adam Duvall and Ozzie Albies each cracked a two-run homer in the sixth inning to help visiting Atlanta notch another come-from-behind victory and beat Washington.

The home runs, and swing sixth inning, came against Washington ace Max Scherzer (4-3), who gave up six runs on nine hits with two walks and 10 strikeouts in 5 1/3 innings. The Nationals lost three of four games in the series, and are 4-6 against Atlanta this season.

Eugenio Suarez hit an RBI double and a solo homer among his three hits as Cincinnati knocked off host St. Louis for its first series victory since Aug. 7-9.

The Reds remained in fourth place, 6 1/2 games back of the NL Central-leading Chicago Cubs but within 2 1/2 games of the second-place Cardinals. Reliever Archie Bradley (2-0) earned the victory. Cardinals reliever John Gant (0-3) sustained the loss and also left the game with a groin muscle strain.

Yoan Moncada had three hits and an RBI, and Eloy Jimenez had two hits and two RBIs — including a go-ahead solo home run in the fourth inning — to help host Chicago earn a series sweep of Detroit.

Chicago remained atop the American League Central with its eighth win in nine games. After the Tigers rallied for a ninth-inning run against Steve Cishek, Alex Colome recorded the final three outs to notch his 11th save in 12 opportunities.

The Tigers had early success against White Sox right-hander Jonathan Stiever in his major league debut, but were unable to sustain much offense en route to their 10th loss in the past 13 games.

Walton’s big hit was a two-out, two-run double in the top of the sixth inning, turning a one-run game into a three-run lead for Seattle. The Mariners tacked on two more runs in the top of the eighth inning off Arizona’s Junior Guerra, with Phillip Ervin’s RBI double and a wild pitch to score Evan White from third base.

Arizona couldn’t do much against the Mariners’ bullpen, with six pitchers covering seven innings and allowing only two runs on four hits. Casey Sadler (1-0) got the win with two innings of scoreless relief, and Kendall Graveman avoided further damage in the eighth.

Salvador Perez and Hunter Dozier each had three hits, with a home run, for Kansas City. Dozier scored three times and Perez scored twice. Keller (4-2) is 3-0 with a 0.33 ERA (one earned run in 27 innings) at home this season. A one-out double in the sixth ended a stretch of one extra-base hit allowed in the last 157 opponents’ plate appearances.

Derek Dietrich and Jeff Mathis also homered for the last-place Rangers, who won for just the third time in 10 games against the first-place A’s this season.

With Lynn (6-2) and A’s right-hander Frankie Montas (3-4) both pitching well, the game was tied 1-1 entering the bottom of the sixth. But then, with one out, Isiah Kiner-Falefa and Nick Solak singled consecutively, setting the stage for Odor, who took Montas out to right field.

Lourdes Gurriel Jr. added a two-run homer for the Blue Jays in the deciding game of a three-game series and also made a highlight defensive play in the first inning on a drive by J.D. Davis.

Clevinger (3-2 overall, 2-1 with the Padres) issued one walk while striking out seven in the seven-inning complete game. The Giants had three baserunners and never had two runners on in the same inning. Clevinger retired the last seven Giants he faced and needed only 99 pitches with his final fastball clocked at 96 mph.

The Padres scored two in the second and two in the third off Giants starter Johnny Cueto (2-1), who allowed six runs (four earned) on seven hits and three walks with two strikeouts in 5 1/3 innings.

Jurickson Profar drove in the tie-breaking run by slashing a fake-bunt single off the glove of San Francisco third baseman Evan Longoria, and Manny Machado singled home a second run in the fifth inning as San Diego swept a doubleheader.

The sweep extended the Padres’ winning streak to seven games and raised their record to 31-17. San Diego is 19-5 over its past 24 games heading into a three-game series with the National League West-leading Dodgers starting Monday at Petco Park.

The Giants had won five straight and were 15-5 over their previous 20 games before losing three straight to the Padres in a series that was interrupted for two days by a false positive on a COVID-19 test. The teams did not play Friday or Saturday and will make up the one unplayed game during the final weekend of the season in San Francisco. 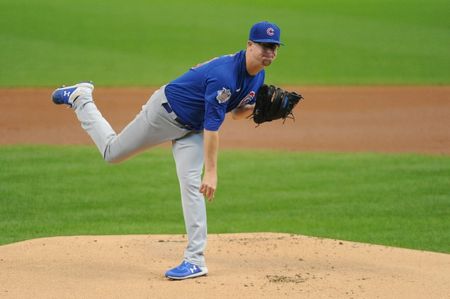 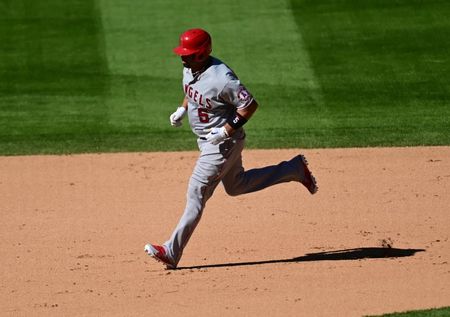 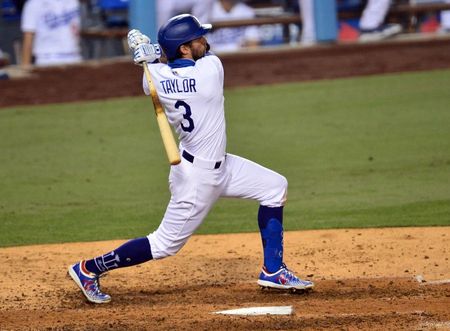 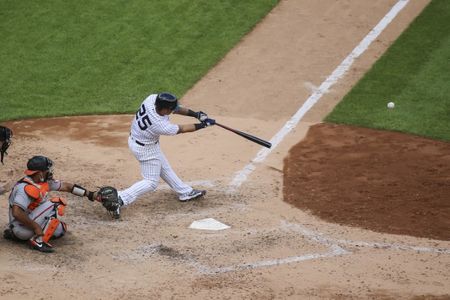 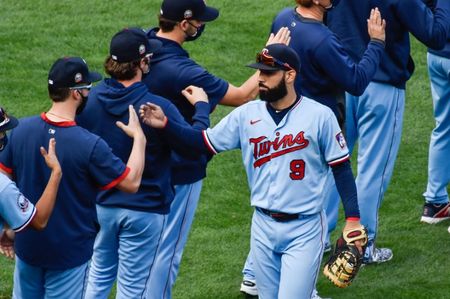