Bieber allowed one run on five hits and joined Chicago Cubs’ right-hander Yu Darvish as the second seven-game winner in the majors. He recorded his sixth double-digit strikeout game on the season and raised his major league-leading strikeout total to 94.

Bieber also matched Hall of Famer Bob Feller by getting at least eight strikeouts in each of his first nine starts, the longest such streak to open a season in Indians history. Feller achieved the feat in 1946 when he threw 371 1/3 innings in 48 games and recorded 12 double-digit strikeout games.

Bieber (7-0) retired the first 11 hitters he faced and matched Feller’s mark when he struck out Tyrone Taylor in the fifth.

The Cardinals won their third straight game against the NL Central-leading Cubs to move within 1 1/2 games of first place in the division.

Matt Kemp hit a two-run home run against his former team to give Colorado the win over host Los Angeles.

Josh Fuentes also hit a home run as the Rockies took the lead on four different occasions while handing the Dodgers their first series loss of the season. Colorado improved to 2-1 to start a six-game road trip that figures to be key for their postseason chances.

Corey Seager hit two home runs for the Dodgers, while Will Smith and Chris Taylor also went deep. AJ Pollock had three hits for Los Angeles, which is 10-1-3 in its 14 series this season, but still has the best record in baseball at 30-12.

Freddie Freeman hit his second grand slam in three days to break open a close game and send host Atlanta past Washington to earn a split of the four-game series. The two National League East rivals meet again in a four-game series next weekend in Washington. They have split six games thus far this season.

Freeman had failed to hit a grand slam in his first 104 career opportunities with the bases loaded until he ended the streak on Friday in the second game of a doubleheader with the Nationals. He did it again in the sixth inning, taking one 421 feet to the opposite field against reliever Kyle Finnegan to expand a 3-1 lead and put the rout in motion.

It was Freeman’s seventh home run and extended his streak of reaching base to 22 straight games. He has hit safely in 19 of his last 20 games.

Trailing 4-3 after Matt Joyce’s RBI single in the top of the 10th, the Rays tied it on Ji-Man Choi’s leadoff pinch-hit double over first base to score baserunner Joey Wendle.

John Curtiss (3-0) allowed an unearned run in the top of the 10th for the win, and Marlins closer Brandon Kintzler (1-3) gave up the two runs — one earned — that decided the game.

Caleb Baragar (5-1) got the final out of the sixth inning to earn the win. The Giants improved to 7-2 against Arizona this season. Tyler Rogers worked the ninth inning for his third save.

The Diamondbacks led 2-0 early after Tim Locastro’s leadoff home run and a Josh Rojas sacrifice fly. Locastro homered on the third pitch of the game from Giants starter Johnny Cueto, going deep to center field. The Diamondbacks have lost 15 of their last 17 games.

Erik Gonzalez’s sacrifice fly in the ninth inning gave Pittsburgh a walk-off win and a split of its four-game series with visiting Cincinnati.

With the Pirates trailing 2-1 entering the bottom of the ninth against Raisel Iglesias (2-3), Josh Bell and Ke’Bryan Hayes opened with singles to center. Cole Tucker’s base hit to right drove in Bell to tie the game. Hayes was out in a rundown on pinch-hitter Kevin Newman’s broken-bat fielder’s choice before Gonzalez’s sacrifice fly won the game.

Pittsburgh’s Chad Kuhl was lifted after just three innings and, at times, showing uncharacteristic control issues. He gave up two runs and two hits while recording five strikeouts and four walks. Those four walks came against the first 10 batters.

The Orioles started the bottom of the first inning with a Hanser Alberto bunt single. Stewart then followed with a two-run homer to right field. Stewart had started the season 0-for-17 before homering twice Saturday night, including once against Gerrit Cole in a 6-1 victory. The right fielder gave the Orioles a fast edge in this contest.

Kremer (1-0) gave up one run on one hit over 88 pitches. He struck out seven, walked three and didn’t get into much trouble. The Orioles came into Friday’s doubleheader having lost 17 straight to the Yankees in Baltimore, dating back to the summer of 2018. But the Orioles won the nightcap Friday to start the three-game winning streak.

Dallas Keuchel threw five shutout innings before leaving with lower back stiffness as Chicago won at Kansas City to sweep the four-game series and win the season series 9-1.

Keuchel (6-2) allowed two hits and no walks, and threw just 49 pitches before he suffered the injury while warming up for the sixth inning. Edwin Encarnacion had a home run and four RBIs for the White Sox, who maintained a half-game lead over the Cleveland Indians in the AL Central.

Matt Harvey (0-3) took the loss for the Royals. He allowed one run on four hits in 2 1/3 innings. He had allowed at least three earned runs in each of his previous three starts, none of which lasted longer than three innings.

Jacob deGrom struck out 12 batters over seven strong innings and got some rare run support, when host New York hit five homers in a 14-1 romp over Philadelphia.

Pete Alonso homered twice while Brandon Nimmo, Jeff McNeil and Wilson Ramos all went deep for the Mets, who have won the middle two contests of the four-game wraparound series. deGrom (3-1) allowed one run on three and walked two while reaching double digits in strikeouts for the 44th time in his career. deGrom, who lowered his ERA to 1.69, exited with a 7-1 lead — marking only the fourth time this year that New York has scored more than three runs while he was in the game.

The Phillies have lost back-to-back contests for the first time since a five-game losing streak from Aug. 19-22. Starter Aaron Nola (4-3) took the loss and Andrew Knapp hit a solo homer.

Rowdy Tellez had three hits, including a solo home run, to extend his hitting streak to eight games and Caleb Joseph added a solo homer and two RBIs as visiting Toronto defeated Boston.

Lourdes Gurriel Jr. had four hits for the Blue Jays, who split the season series with the Red Sox at 5-5 after winning the rubber match of the five-game series. At 4 hours, 23 minutes, it was the longest nine-inning game in Blue Jays’ history. Thomas Hatch (3-1) pitched 1 2/3 hitless innings for the win.

Willi Castro, Grayson Greiner and Sergio Alcantara each hit home runs as the Detroit snapped a four-game losing streak with a win at Minnesota.

Brent Rooker had a two-run double for Minnesota, which had a five-game win streak snapped. Willians Astudillo had a two-run single. Sergio Romo (1-2) took the loss.

Jared Walsh’s RBI single snapped a 5-5 tie and sparked a four-run rally in the eighth inning that lifted Los Angeles over Houston in Anaheim, Calif.

Even without center fielder Mike Trout, who got the day off, the Angels (17-25) finished a four-game sweep of the Astros, who began an 11-game road trip on Friday night. The Angels have won five in a row.

The Astros had just six hits, but three were home runs: Kyle Tucker — No. 8 on the season in the first inning — Aledmys Diaz (No. 2 in the second) and Carlos Correa (No. 4 in the seventh).

Rookie Jake Cronenworth broke a 2-2 tie with a fourth-inning double off Mike Fiers (4-2), giving the Padres a lead they never relinquished en route to their fifth win in their past seven games and two wins in three games in the interleague matchup.

Matt Olson had a pair of run-scoring singles, both scoring Tommy La Stella, for Oakland, which lost for the fourth time in its past five games on the eve of a five-game AL West showdown with Houston, the three-time defending division champ.

Rookie right-hander Justin Dunn (3-1) allowed two runs on four hits in six innings to get the victory. Dunn, who walked four and struck out four, has all of his wins against the Rangers.

Yoshihisa Hirano pitched the ninth for his first save of the season, striking out three, as the Mariners earned their fifth consecutive victory and sent Texas to its fifth loss in a row. 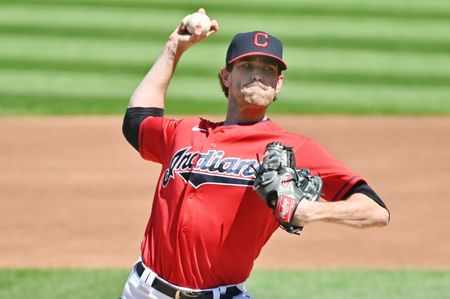 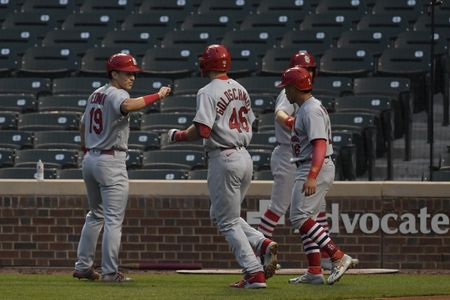 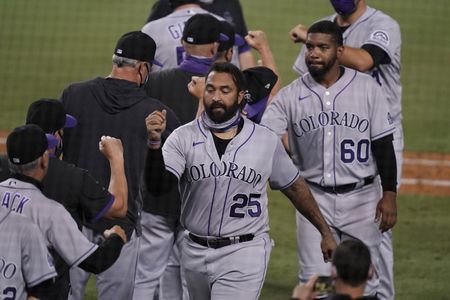 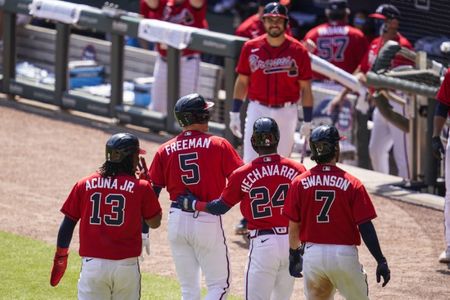 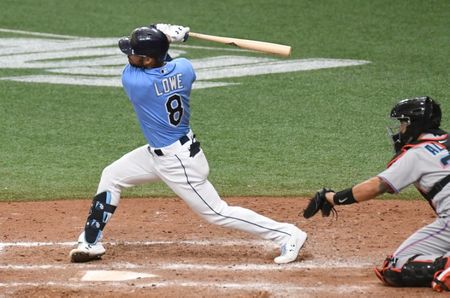