Charlie Blackmon’s two-out grand slam in the bottom of the ninth capped a five-run rally and lifted the Colorado Rockies to an 8-4 victory over the Los Angeles Angels on Friday night in Denver.

The Rockies entered the ninth inning trailing 4-3 after Angels catcher Anthony Bemboom homered in the top of the inning off Daniel Bard (3-2). Ryan McMahon’s one-out homer off Angels reliever Ty Buttrey got the Rockies even in the bottom of the ninth, but they weren’t finished.

After Josh Fuentes doubled and pinch hitter Daniel Murphy walked, Angels manager Joe Maddon removed Buttrey (1-3) in favor of Jose Quijada. The lefty struck out Raimel Tapia for the second out but walked Trevor Story on four pitches to load the bases for Blackmon. Quijada fell behind in the count 3-1, then grooved a fastball that Blackmon hit over the fence in right-center field to end it.

Tapia, Story, Blackmon and Fuentes each had two hits for Colorado, while Jared Walsh and Mike Trout had two hits apiece for Los Angeles.

Ryan Braun hit a walk-off sacrifice fly in the bottom of the ninth inning to lift Milwaukee over visiting Chicago.

Christian Yelich drew a leadoff walk and moved to third on Jedd Gyorko’s single to right against Rowan Wick (0-1). Jeremy Jeffress came in to face Braun, but his third pitch was the last of the game.

Wilson Ramos added a three-run double in New York’s 10-run fourth inning in the opener of a three-game series. Ramos finished with two doubles, a solo homer and four RBIs.

It was the second straight lopsided win in a start by deGrom (4-1), who allowed one run, three hits and two walks in six innings. The Mets defeated the Philadelphia Phillies 14-1 on Sunday. Toronto starter Chase Anderson (0-1) allowed four runs, four hits and three walks in 2 2/3 innings. Blue Jays shortstop Santiago Espinal pitched the ninth and allowed one run.

Gerrit Cole pitched a dominant two-hitter and New York beat visiting Baltimore to open a doubleheader, winning for only the seventh time in its past 22 games.

Cole (5-3) held the Orioles hitless for 4 2/3 innings until Hanser Alberto cleanly singled to right field. Before Alberto’s hit, Ryan Mountcastle was the lone Oriole to reach as he reached on a throwing error by third baseman DJ LeMahieu in the second and walked in the fourth.

Aaron Nola struck out 10, and Andrew McCutchen went 3-for-4 with three RBIs, leading Philadelphia to a win at Miami in the first game of the doubleheader.

Nola (5-3) pitched a complete-game, seven-inning three-hitter — all singles — walking none. Two of the singles were by Brian Anderson, who produced Miami’s first hit of the game in the fifth inning. It was Nola’s first career complete game.

Marlins rookie lefty Trevor Rogers (1-1), who struck out 10 in his previous start, had his first rough outing, allowing nine hits and nine runs, eight earned, in three-plus innings. He struck out the side in the first and finished with five punchouts.

Jorge Alfaro produced his fourth straight multiple-RBI game, leading host Miami to a doubleheader split with Philadelphia. The Marlins are now a half-game back of the Phillies in the battle for second place in the NL East, which comes with an automatic playoff berth.

Miami’s offense was led by Alfaro’s two-run single, Lewis Brinson’s solo homer and RBI singles from Isan Diaz and Starling Marte. Alfaro has 10 RBIs on the season but eight in his past four games.

Reliever James Hoyt (2-0) threw three pitches and earned the win. Yimi Garcia pitched a one-run ninth for his first save since 2015, doubling his career total.

The Braves rallied from a five-run deficit for the second straight night and scored three times in the ninth to tie the game 7-7. Marcell Ozuna, who was 5-for-6 with a double and a home run, drove in two of his four runs with a single that inning and Travis d’Arnaud tied it with a single to right.

Atlanta outfielder Ronald Acuna Jr. had to leave the game in the fourth inning when he fouled a pitch off his left foot. X-rays revealed no fracture, and Acuna is listed as day-to-day.

Oakland’s Matt Olson racked up five RBIs — four of them coming on a first-inning grand slam — to back the solid pitching of starter Mike Fiers as the Athletics walloped Texas in the first of a four-game series at Arlington, Texas.

The Athletics (28-15) increased their division lead over idle Houston to seven games, their largest margin since 2013. Oakland has now won three games in a row and six of its past nine contests after four consecutive postponements because of a COVID-19 outbreak on the team.

The stage was set early on for this blowout when Texas starter Luis Garcia, who was only scheduled to pitch the opening inning, walked the game’s first three batters before allowing a titanic grand slam to Olson that spotted the Athletics a 4-0 lead. After Texas responded with a run in the bottom of the first, Oakland added three more in the second, including Olson’s run-scoring single, and another tally in the third to push its lead to 8-1.

Byron Buxton hit a two-run homer and Kenta Maeda pitched seven shutout innings as Minnesota handed Shane Bieber his first loss of the season, prevailing over Cleveland in Minneapolis. Ryan Jeffers also homered for the Twins, who improved to a major-league-best 19-5 at home.

Maeda (5-1) held Cleveland to just four singles and two walks, and he didn’t allow a runner to reach second base. He struck out seven. Taylor Rogers picked up his ninth save in 11 tries.

Bieber (7-1) allowed three runs on five hits and two walks while fanning eight over seven innings. His strikeout of Jeffers in the fifth inning was his 100th of the season in just 62 1/3 innings, breaking the major league record for fewest innings needed by a starting pitcher to record 100 strikeouts in a season.

Luis Castillo threw the first complete game of his career, leading Cincinnati to a victory at St. Louis.

Castillo (2-5) threw a two-hitter, striking out six batters and walking three. Joey Votto hit a two-run homer in the first inning and Eugenio Suarez added an RBI grounder in the third as the Reds moved within 2 1/2 games of the Cardinals for second place in the National League Central.

Snell (4-1) topped his previous longest scoreless start of the season — also in a win over Boston on Aug. 12 in Fenway Park — by one out, allowing five hits, walking two and striking out five.

Rays manager Kevin Cash stacked the batting order completely with left-handed hitters against Boston opener Andrew Triggs. According to MLB, it marked the first time any team had nine purely left-handed batters (no switch hitters) in the lineup to start a game since at least 1901.

Bubic (1-5) battled all night, fighting through many of his own messes. He faced baserunners in every inning, allowing six hits and two walks. He struck out six, four of them with runners in scoring position. Greg Holland earned his fourth save with a perfect ninth inning.

Eloy Jimenez launched a go-ahead, three-run home run in the sixth inning among his two hits, and three relievers combined for 3 1/3 innings of one-hit relief to boost host Chicago to a victory against Detroit.

Alex Colome worked around an infield error leading off the ninth to earn his 10th save as Chicago won for the sixth time in seven games to remain atop the American League Central.

Detroit lost for the eighth time in 11 games despite out-hitting Chicago 5-3 and getting a strong outing from rookie Casey Mize (two runs on one hit in 5 1/3 innings).

Arizona struck early and made its lead last as a trio of pitchers combined on a three-hitter to down Seattle in Phoenix. The Diamondbacks won their second straight game, the first time they’ve won back-to-back games since Aug. 17 and 18 against the Athletics.

Josh Rojas scored twice, including in the third inning on Kole Calhoun’s sacrifice fly that gave the Diamondbacks a 4-1 lead. Seattle has lost three straight. Alex Young (2-3) took over for starter Caleb Smith and pitched 5 1/3 innings of relief for the win.

The first two games of San Francisco’s weekend series at San Diego were postponed after a member of the Giants organization tested positive for COVID-19.

Major League Baseball made the announcement, indicating that the postponements will allow for additional testing and contact tracing to take place. The scheduled Friday and Saturday games were scrapped, with no makeup dates immediately announced. 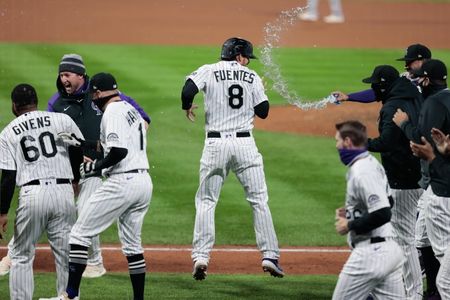 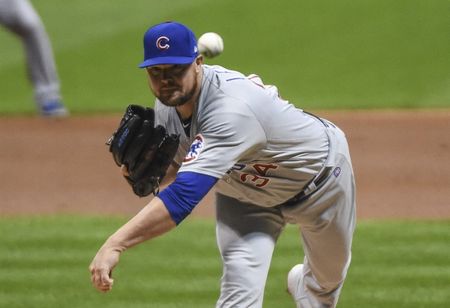 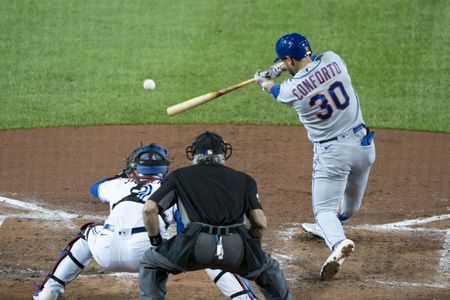 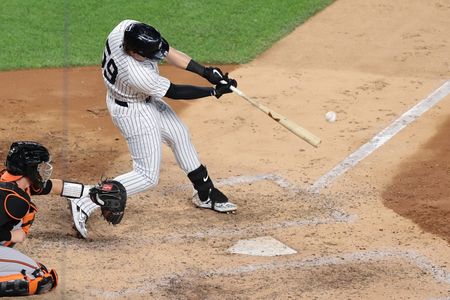 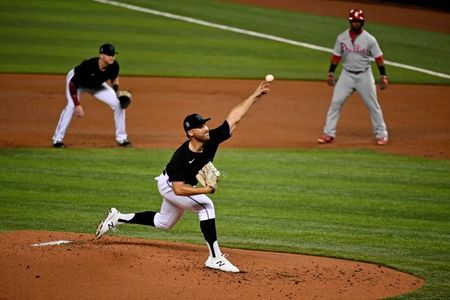 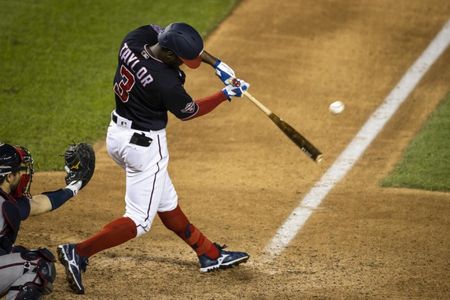 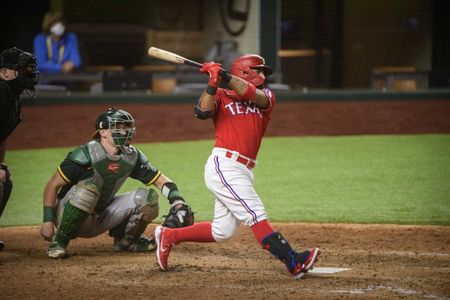 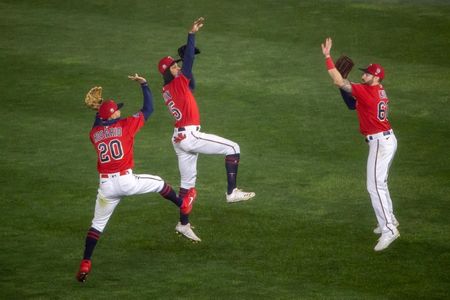 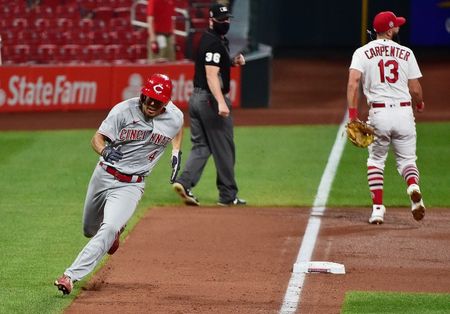 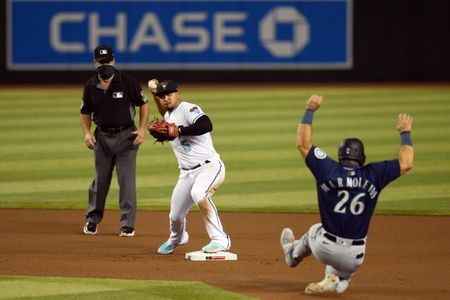 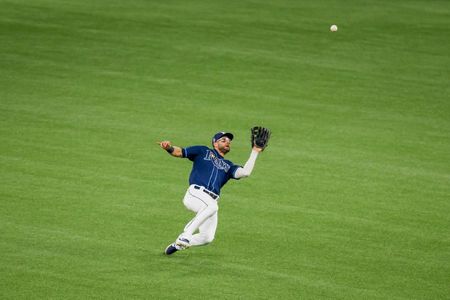 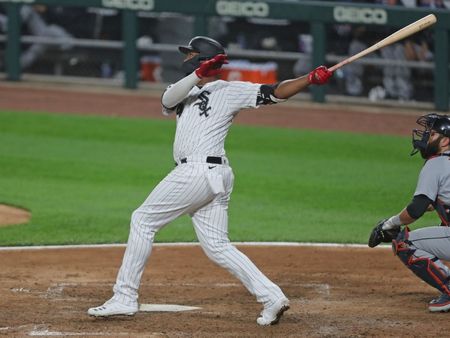 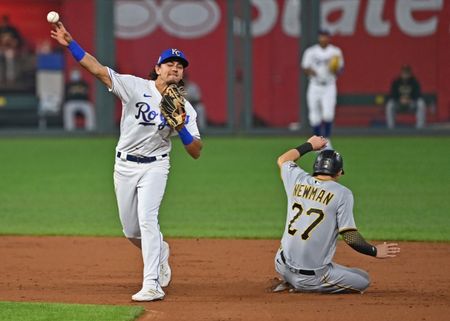 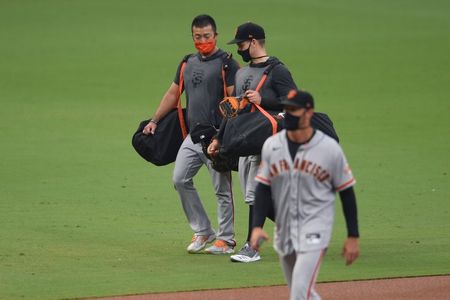