Six consecutive Houston Astros batters reached base to open the ninth inning, starting a five-run uprising that led to a 7-5 victory over the host Los Angeles Dodgers on Saturday in the opener of a brief two-game series.

Yuli Gurriel drove in three runs for the Astros, who arrived at Dodger Stadium on Saturday afternoon greeted by angry Dodgers fans holding signs and banging trash cans as a reaction to Houston’s 2017 cheating scandal. The Astros won the 2017 World Series in seven games over the Dodgers.

Trailing 5-2 and heading into the ninth inning against Dodgers closer Kenley Jansen, the Astros got singles from Carlos Correa and Aledmys Diaz before Josh Reddick hit a two-run double to bring Houston within a run. Martin Maldonado singled to put runners on the corners before Houston made it 5-5 when Dodgers third baseman Max Muncy was unable to field George Springer’s hot smash. The Astros took a 6-5 lead on a single by Alex Bregman and Jansen (3-1) was replaced by Adam Kolarek.

Houston added one more run in the ninth on a sacrifice fly from Gurriel. Josh James (1-0) did not allow a run over 1 1/3 innings to pick up the victory, while Ryan Pressley earned his ninth save.

Jose Abreu went 4-for-4 with a pair of three-run home runs and a career high-tying seven RBIs, and Tim Anderson had four hits and an RBI to power host Chicago past Detroit for the eighth time in nine games between the teams this season.

One night after his career-best 22-game hitting streak was snapped, Abreu erupted to help the American League Central-leading White Sox to their seventh win in eight games. Every Chicago starter had a hit. Eloy Jimenez had three, and Nick Madrigal added two.

White Sox right-hander Reynaldo Lopez benefited from the deluge of support, pitching five shutout innings to earn his first victory since defeating Detroit on the penultimate day of the 2019 regular season. Lopez (1-2) scattered three hits, one walk and two strikeouts while throwing 75 pitches.

DJ LeMahieu was the automatic runner on second base and on the first pitch from Hunter Harvey (0-2) he took third on a wild pitch. Baltimore brought the infield in and Voit lifted a fly ball to center fielder Cedric Mullins to cap an eight-pitch plate appearance and easily score LeMahieu.

Lowe broke a 4-4 deadlock by skying a long shot with two outs in the seventh off Marcus Walden (0-2) — a deep drive to right-center on a high fastball — to give the Rays their seventh victory in nine games against Boston.

Tampa Bay starter Tyler Glasnow (3-1) worked seven innings and became the pitcher of record after Lowe’s blast. Austin Meadows produced a solo homer, and Manuel Margot was 2-for-3 with a double and two RBIs.

Anderson (3-0), ranked as the top pitching prospect in the Braves’ organization, struck out a career-best nine. He became the team’s first rookie to win his first three decisions since Williams Perez started 4-0 in 2015.

Brad Miller, Matt Carpenter and Paul Goldschmidt also hit home runs for the Cardinals, who are 17-0 when they score at least five runs. The second-place Cardinals remained three games back of the NL Central-leading Chicago Cubs.

Rougned Odor belted Daulton Jefferies’ 20th major-league pitch for a three-run homer and Ronald Guzman added a two-run shot in the first inning as Texas made it hold up for a victory over visiting Oakland in the first game of a doubleheader.

The win was just Texas’ second in eight head-to-heads with Oakland this season.

The 25-year-old Jefferies walked two of the first four men he faced before Odor took him deep to right field for his fifth homer of the season and a 3-0 lead. After Elvis Andrus followed with an infield single, Guzman then crushed his third homer of the season to right, making it 5-0.

Oakland vented the frustration of an earlier loss in a seven-run second inning, routing host Texas for a split of their doubleheader at Arlington, Texas.

After Texas starter Colby Allard (0-6) had worked around a one-out single by Tommy La Stella in a scoreless first, the A’s jumped all over the Rangers left-hander in the second as Ramon Laureano and Marcus Semien had RBI singles, and Sean Murphy a two-run hit as the A’s put their first six batters on base.

Oakland right-hander Chris Bassitt (4-2) benefitted from the abundance of support, coasting through six innings, allowing a home run to Joey Gallo, his ninth of the season, with one out in the sixth to end a shutout bid. Semien had two hits and 4 RBIs, including his sixth homer.

Robbie Ray struck out five in five innings, Jonathan Villar had two hits, two stolen bases and an RBI and host Toronto defeated New York at Buffalo as the teams have split the first two games of a three-game series.

Travis Shaw and Randal Grichuk also had RBIs for the Blue Jays. Amed Rosario had three hits for the Mets but was picked off first for the final out of the game after reaching base on a wild pitch after he struck out.

Ray (1-0) allowed one run, four hits and two walks. Rafael Dolis pitched around a walk and a wild pitch in the ninth to earn his fourth save. Mets right-hander Seth Lugo (2-3) allowed three runs, seven hits and one walk with five strikeouts in 5 1/3 innings.

It was the ninth win in the last 11 games for the Twins, who remained a game behind the first-place Chicago White Sox in the American League Central. Rich Hill (2-1) picked up the victory, allowing two runs on four hits and two walks while striking out seven over five innings.

Jose Ramirez homered and had two hits, Carlos Santana doubled and scored twice and Jordan Luplow had a triple and RBI for Cleveland, which lost its fifth straight game. Zach Plesac (3-2), who had won three consecutive starts, took the loss.

Didi Gregorius slugged a grand slam to lead visiting Philadelphia to a resounding win over Miami, despite two players leaving the game early.

Phillies rookie starter Spencer Howard left the game in the fourth due to shoulder stiffness, and catcher J.T. Realmuto also was pulled in the eighth after experiencing reported hip discomfort while running the bases.

Jared Walsh hit a three-run homer in the 11th inning to lift Los Angeles Angels over Colorado to even their three-game series in Denver.

Walsh homered for the fourth consecutive game and fifth in his last seven, lifting a 1-1 slider from Tyler Kinley (0-2) over the fence in right. Albert Pujols and Justin Upton also had two hits apiece for the Angels, who have won seven of 10.

Jason Heyward hit a go-ahead, three-run homer in the top of the ninth inning, and Chicago rallied for a win over host Milwaukee.

Heyward’s blast to right-center field punctuated a wild comeback for the Cubs, who were two outs away from suffering their third shutout loss in the past four games. Ildemaro Vargas added a solo shot in the next at-bat to give Chicago a two-run advantage.

Milwaukee squandered a shot at its third straight victory, which would have matched its longest winning streak of the season. Ryan Braun hit a two-run homer to lead the Brewers at the plate.

Ty France homered for the second night in a row to highlight a four-run first inning as Seattle knocked off host Arizona in Phoenix.

Jose Marmolejos also homered and drove in three runs while starter Justus Sheffield (3-3) held the Diamondbacks to two runs and five hits over seven innings as the Mariners snapped a three-game losing streak.

Arizona got a two-run single from Wyatt Mathisen and saw a two-game winning streak end. Zac Gallen (1-2) took the loss after giving up seven hits, seven runs and five walks, against six strikeouts, over five innings.

Saturday’s game between San Francisco and San Diego at Petco Park was postponed for a second consecutive day because of a reported positive coronavirus test by a Giants player.

The stadium underwent intensive cleaning on Saturday, and both teams are awaiting word on whether or not MLB will play Sunday’s scheduled matchup. 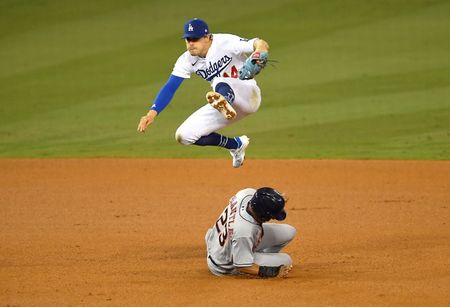 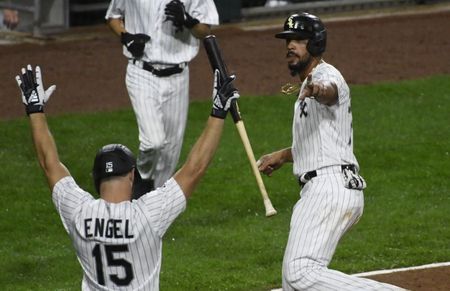 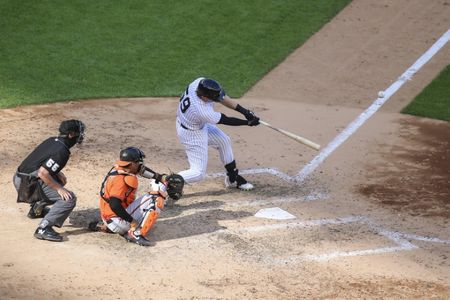 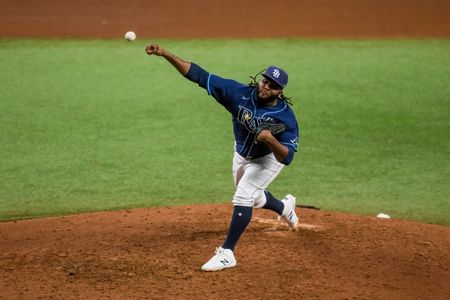 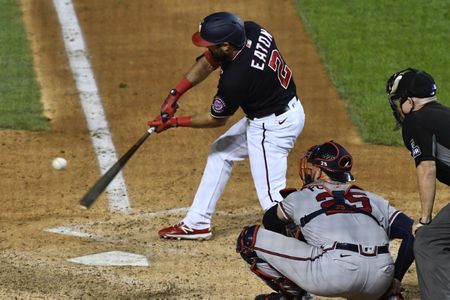 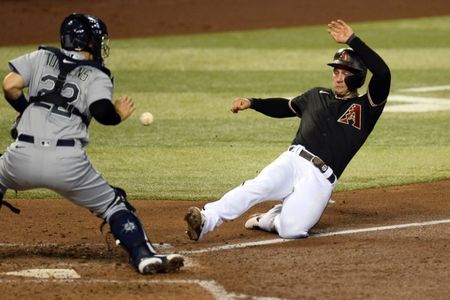 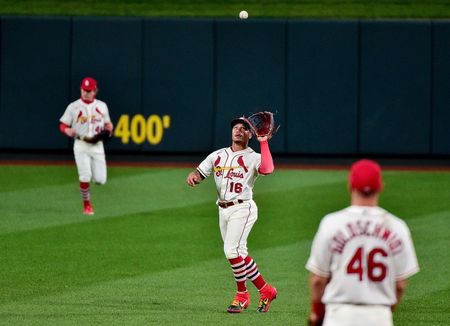 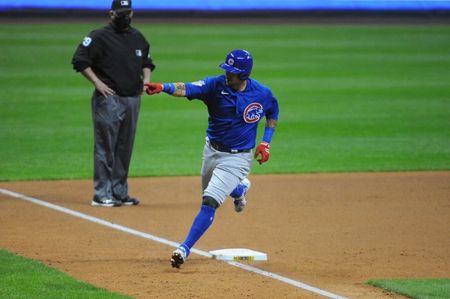 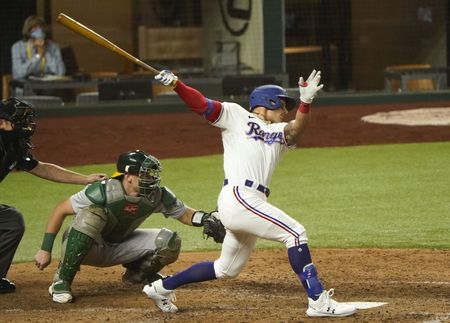 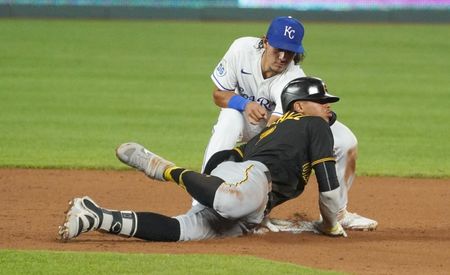 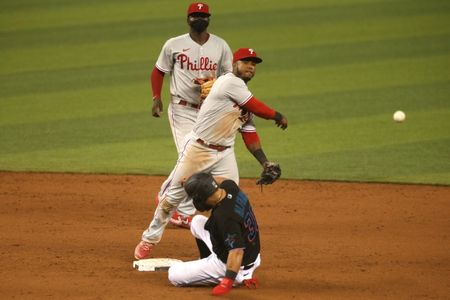 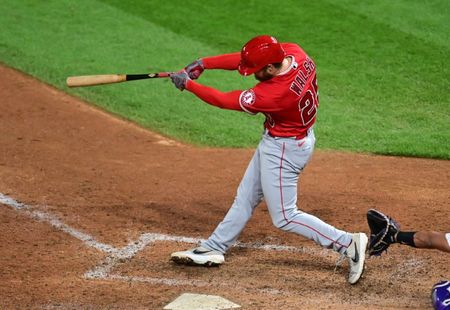 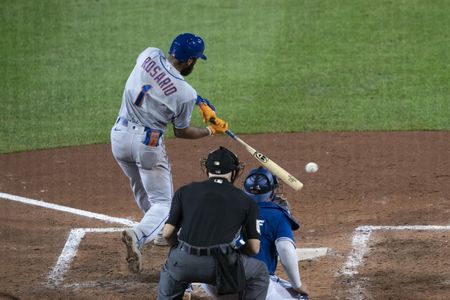 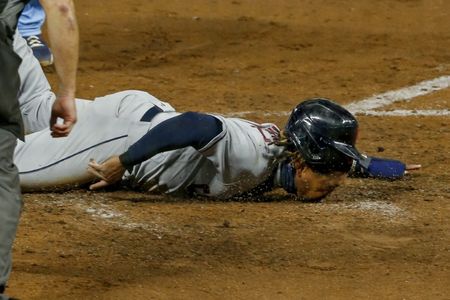