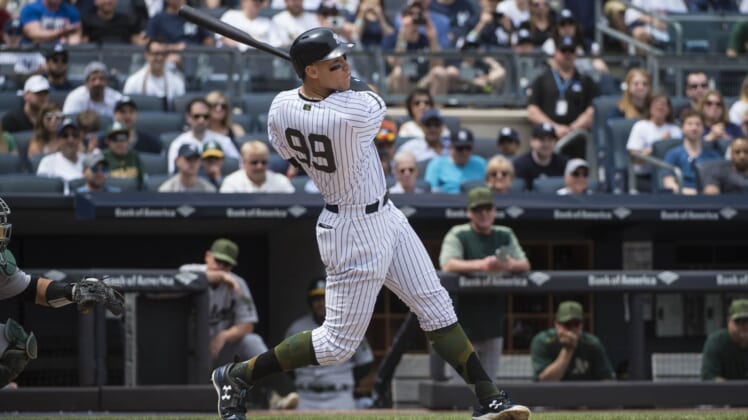 Baseball season is one-third over already. While this is normally the time of the year where the season starts to take shape, that hasn’t quite happened yet. Looking ahead to some MLB predictions for June, we’re not expecting any more clarity.

So, what are those predictions?

What do we expect to see from the Yankees and their star rookie Aaron Judge? The Colorado Rockies have been one of baseball’s best surprises in April and May. What’s in store for June? What MLB stars do we expect to see on the move? Which long time veteran are we expecting will play his last game?

What bold 10 MLB predictions can we make for the month of June?

1. The New York Yankees come back to earth

The Yankees have been one of baseball’s best stories through the first two months of 2017. We’re expecting June to be a rough month for the Yankees. Although in the long run, that may not be a bad thing.

The main problem with New York is its starting pitching. It’s hard to imagine this group doing anything but struggling as we work our way into summer. Despite the team’s good record, the starting pitching rotation hasn’t exactly been top notch during the spring.

Yankees starters rank 14th in the league in ERA. And unless they upgrade this group, things aren’t going to get any better. Facts are facts. This is a fairly average group of starting pitchers.

But if New York is smart, it can turn a bad June into a good thing long term. With a good June, the Yankees would probably build on their lead in the American League East and as such, would logically be less willing to make a move to improve the starting rotation in July. But with a bad June, the American League East race would tighten and would possibly drop New York out of the top spot.

That’s where the possibility of a trade comes in. And if the Yankees do upgrade their starting rotation, they have a team that can win in the postseason. The offense is strong. The bullpen is more than competent. It’s just hard to see the starters as presently constructed being championship caliber.

We expect that to show in June. If New York is smart, a bad June will be the best thing to happen to them.